Few people can deny the fact that the open sea is absolutely beautiful and great, whether surfing the waves or simply soaking up the sun, everybody flocks to the sea on those hot summer days. However, there are some dangerous beaches around the world and this is a list of some.

Cape Tribulation is a beautiful forest location, popular amongst tourists for its walking tracks, 4×4 trails, horse riding, kayaking, and more. However, it’s a risk as the region is home to poisonous snakes, jellyfish, cassowaries, and crocodiles. The beach is said to be so polluted it is unfit for swimming, everything from shipwrecked debris to dumped waste from the city. Studies found large sums of fecal coliform in the water of Chowpatty Beach due to poor raw sewage disposal and open defecation. Swimming in this water can cause serious illnesses. The beach is notorious for shark attacks within the area. Many people have lost loved ones to these sea creatures over the past few years. Some studies show that the great white is attracted to the seal-rich coast of Cape Town. 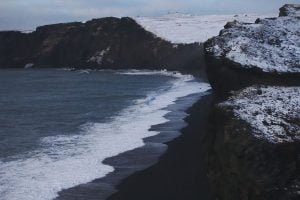 The beach of Kilauea is very dangerous as it lies next to an active volcano. The beach bears black sand, a large indication of the volcanic activities within the area. The beach is located in Mexico and is notorious for its dangerous rip curl current. The tide is known to draw swimmers into the ocean causing, many to have lost their lives through drowning.

6. Beaches of the Amazon The Amazon is home to many beautiful creatures and is known to have some beautiful tempting beaches. However, the beaches of the Amazon are filled with dangerous creatures like Piranhas, electric eels, anacondas, and many more. Frasier Island Australia is as deadly dangerous as Cape Tribulation and is home to many dangerous creatures that abound in the waters of the beaches. There are various deadly creatures such as sharks and jellyfish and is also known to be the destination of some of the world’s most deadly rip currents, which have claimed the lives of many. Beaches may be gorgeous from afar but some of them are the breeding grounds and home to many deadly creatures. Smyrna is home to deadly sharks and is renowned as the “Shark Attack Capital of the World”. Countless people have been attacked by sharks with fatalities as well. The beach is known for its deadly rip tides that claimed many lives throughout the years. It is said that a safe distance from the sea is a whopping 6 miles. The current is known to pull swimmers in.

Dangerous poison jellyfish plague the beaches of Northern territory Australia. These jellyfish tentacles can stretch up to 6ft long and stings with a very potent poison that has caused cardiac arrest in some individuals.