Brussels Belgium – Things To See And Do In Brussels

Brussels Belgium: The home of the European Parliament and the headquarters of NATO, Belgium is a traditional city with an international flavor. Over 70% of the population are immigrants from all over Europe, which makes Brussels a surprisingly multicultural experience.

Belgium has evolved into one of the coolest locations in Europe, and just a short walk from its main shopping streets are neighborhoods packed with charming boutiques, cool coffee shops, art deco wine bars, and jazz clubs. Away from the crowds of other European capitals, Brussels offers a warm welcome and a mixture of experiences that gives the city its’ completely unique style.

This medieval town square is definitely the first sight to see when visiting Brussels. It is home to the old Belgium stock exchange and the grand Hotel De Ville, a gothic building with spires that dominate the city. Often observed as one of the most beautiful squares in the world, the Grand Place is also home to the Brussels Christmas Market, which is a huge draw for visitors and locals. The Plaza is packed with stalls selling traditional crafts, decorations, and warming glasses of Gluhwein.

Originally built for the 1958 World’s Fair, the Atomium is an unusual sculpture that celebrates science and technology. Though sticking out like a sore thumb amongst the most medieval buildings in the surrounding area, the huge silver model of a cell has become a symbol of the city and a popular spot for snapshots. Tourists can go inside the structure to see regular exhibitions about science and history.

Next door to the Atomium is Mini-Europe, a scaled-down model continent with models of famous buildings from every single country in Europe, including an erupting mount Vesuvius in mini Italy! This quirky attraction is a big hit with children.

Brussels is an exceptionally great city to have a drink and boasts a bar scene which is the envy of much bigger capital cities in Europe. Reasonable prices, original art deco buildings, beautiful lighting and decorations, and, of course, great drinks make for a sophisticated night out.

Many of the bars in Brussels have a 1930s theme or decor, with many holding live jazz or cabaret shows. After a few drinks, you may want to try the traditional Brussels hangover cure: a hot cone of fries topped with mayonnaise.

Because of the many people who have a flat in Brussels to work in the European Union and NATO, Brussels is a very popular spot for people to rent out their homes or apartments when they are not present. These are often centrally located and reasonably priced.

The coolest hotel in Brussels is definitely The White Hotel. The rooms are stark white and sparsely decorated – because the hotel doubles as a modern art gallery. Become a work of art as you sleep in the gallery, with original works hanging on your bedroom wall.

There are plenty of hostels in Brussels, and the Grand Place Hostel has a far better location than many of the five-star hotels in the city, for a rock bottom price.

5 Things To See And Do In Brussels

Brussels is the capital of Belgium, which makes it a highly popular destination for the millions of people who visit Europe from all over the world. Everyone knows that Belgium produces some of the best chocolate in the whole world but relatively few people know about the nickname for Brussels which is ‘the European village,’ as it has a pivotal position in European culture. The city has been in existence for over a millennium because of which every nook-and-cranny of the city oozes history. Apart from history, being a modern metropolitan as well, there are many things which the people visiting Brussels can do.

Brussels offers everything to those who look forward to seeing it whether it is some of the finest food in the world or you decide to go on a shopping spree – everyone gets to enjoy something in Brussels. There are cafes, there are museums in fact there are Harry Potter exhibitions too every now and then. There is no doubt that Brussels is a tourist haven. 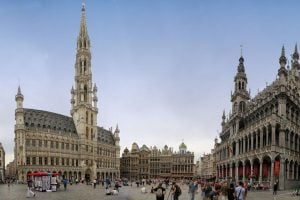 The Grand Place in Brussels is one of the world’s most memorable views which remains engraved upon the mind long after you’ve moved on. This famous historical square houses a number of public and private buildings built in the 17th century including the town hall and nearly forty guildhalls. This makes it worthy of being included in the UNESCO World Heritage Site program.

The Grand Place has other great historical significances such as the fact that it was destroyed by the French artillery towards the end of the 17th century but was soon repaired and a coherent structure was formed. Another less popular aspect is that the square was used for public beheadings and the likes during medieval times but that too adds to the historical attraction of the place. Nothing says modern like a giant replica of Iron’s atomic structure installed in the middle of the city. The Atomium consists of nine giant metallic balls which are connected together by steel pipes. The overall shape formed is a crystal lattice. Each one of these balls is the size of a small house whereas the steel tubes contain both lifts and escalators.

The steel balls shimmer during the night. There is a popular restaurant inside the Atomium which is highly popular among the tourists and reservations are required for dinner plans. There are few establishments as popular with the tourists as the century-old Le Cirio which was established in 1886. Even though the café has maintained its standard and quality for over one and half centuries, the prices are still very reasonable. Those visitors who visit the Grand Place mentioned earlier in this article should also check Le Cirio out since it is only a block away and maintains the mood of the era of the buildings you encountered at the Grand Plaza and in its vicinity, it is not just a trip to a physical location but it is also a trip back in time. The drinks are also relatively inexpensive so if you’re tired after wandering the city of Brussels in the daytime then it is a good idea to end the day by visiting Le Cirio.

Musées Royaux des Beaux-Arts or The Royal Museum of Fine Arts is in a league of its own. No visit to Brussels is complete if one doesn’t familiarize himself with the hundreds of architectural wonders which are present in the city. The Royal Museum of Fine Arts is a great example of an architecturally amazing building housing some of the greatest treasures in the field of fine arts. The museum has collections from both ancient and modern art. The collection has pieces from some of the most highly respected names in the world of art including the likes of Anthony van Dyck, Peter Paul Rubens, Rembrandt, Frans Hals, and others. 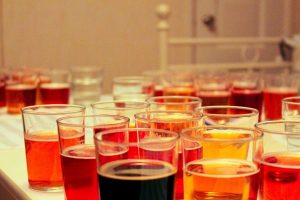 Good drinks and quality chocolates are the two major exports of Brussels. If one fails to check these two on his trip to Brussels, it puts a serious question mark on the individual’s idea of fun. Going for a beer or wine tasting tour in Brussels is not a difficult task, in fact, there are many small groups that after their services for beer tasting in Brussels. For the cost of a small fee, you can have the services of a local who knows the ins and outs of the city and can take you to the best drinking places in town. This allows you to have an authentic experience and a chance to socialize with other tourists.