The Top 10 City Parks in Canada

Canada has some of the most beautiful parks in the world.

From coast to coast, the parks feature an array of natural and man-made amenities. Visitors can check out panoramic views, historic monuments, and spectacular gardens. For those who are looking for something active to do, there are plenty of opportunities to go hiking, biking, or skiing.

Read on to learn more about the top 10 parks in Canada. Stanley Park is a 404.9-hectare peninsula that is situated between Vancouver Harbor and the English Bay. This evergreen oasis has a mixture of natural and man-made amenities. Besides the beautiful horticulture displays, there is an 8.8 km seawall that is a popular biking and walking trail. Guests can also spend time on the golf course, tennis courts, or at the seaside swimming pool. In addition, Stanley Park is home to a number of world-famous landmarks. A few of these landmarks include: Guests arrive at Toronto Islands Park on a ferry. This park features a number of recreational activities. For instance, there are volleyball nets, snack bars, tennis courts, and wading pools. Since the park is home to Centre Island Beach, there is a waterfront picnic area that includes Gibraltar Point Lighthouse. While at this charming park, kids can pet ponies at the Far Enough Farm. The islands also include a fire station, tasty restaurants, and beautiful private homes. 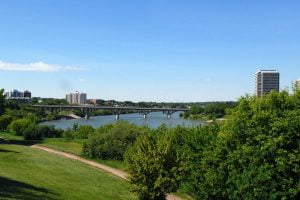 Edmonton’s Park is 22 times larger than Central Park in New York. In fact, it is ranked as one of the largest urban parks in the world. Guests should take their cameras when walking along the paved and natural trails. Since there is an abundance of greenery, wildlife sightings are common. The park system has a variety of areas to check out. These areas include: Guests can check out the highest spot in the city while visiting Montreal’s city park. The park features two historic structures that provide great views of downtown Montreal. Whether it’s for a picnic or to go ice skating, Mont Royal Park is a great place to visit. Some park features include: The Battlefields Park is where Canada was born. It is a national urban park that features a collection of historical artillery weapons. In addition, the park also contains three stone Martello towers and an interpretative center. Visitors can check out the panoramic views while using the walking trails. For fans of music, the park hosts rock concerts each year. Signal Hill is rich in culture and history. The park has been around for nearly 250 years. In 1901, it was the reception point for the first transatlantic wireless signal. Many visitors come to the park to explore the 18th-century military displays. For those who enjoy hiking, there is an extensive network of trails that offer stunning views of the sea and St. John’s. The Halifax Public Gardens are a true display of Victorian art. In 1836, the Nova Scotia Horticultural Society started the gardens. Park officials have used the entire 0.8 hectares to create the blooms. The gardens are surrounded by a beautiful tangle of cast-iron gates. Besides the exotic species, the gardens also feature: This Oceanside park has 75 hectares of fun. In the southwest corner of the park, there is mile 0 of the Trans-Canada Highway. For those who want to be active, the park features a number of walking trails, playgrounds, and tennis courts. Along with that, there is a splash pad, petting zoo, and one of the world’s tallest totem poles. The park even hosts festivals each summer. 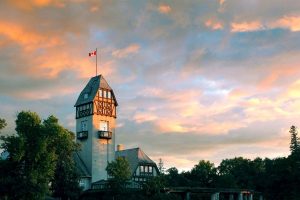 Assiniboine Park has become a social hub for leisure and fun events. The park has a pavilion that is one of the most recognizable landmarks in Winnipeg. Visitors should take a camera to capture shots of the 283-hectare Assiniboine Forest. The forest has an abundance of trees, animals, and marsh. In addition, the park features a top-notch zoo and a miniature railroad. 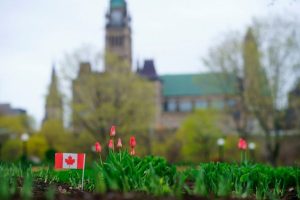 This park was originally named after Colonel John By. Each year, popular festivals are hosted in the park. One of the most famous events is the Canadian Tulip Festival which happens each May. Due to the location of the park, guests are treated to a beautiful panoramic view. Some of the attractions that can be seen from the park include:

– The Ottawa River
– Parliament Hill
– The Museum of Civilization