Delicious foods are surely the best thing to relish and savor in the best way possible. Very unlike the common taste, there are various foods which are hot very very hot. There are some people who like their food bland. While there are other people who like it mild and some like it hot. But there are a whole bunch of people around the world who like it destroy-the-tongue hot.

One may want to keep a tall glass of water close for this exclusive culinary tour of the world’s hottest dishes right from “suicide” chicken wings to tastebud-searing Thai soup which can make your eyes water with just one taste. 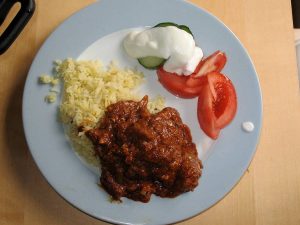 This is an exclusive dish in a cuisine that is known for its spiciness, India’s Vindaloo will range from scorching hot to surface of the sun-hot based on how much hot chili is used. In certain extreme cases, Vindaloo will add Bhut jolokia or ghost chili which is known to be the hottest chili in the world. This one is a British-Asian fusion dish by the name Phaal which had originated in the Indian restaurants of Birmingham, England. This is considered to be a “big-boy” version of Vindaloo which is made spicy by standard-issue chili peppers. Phaal, right on the other hand will add scotch bonnet and certainly habanero chilis for adding a level which is the almost unendurable level of heat. Try to visit NYC’s Brick Lane Curry House which is made using 10 different types of chili peppers requiring the chef to wear a gas mask right during preparation. 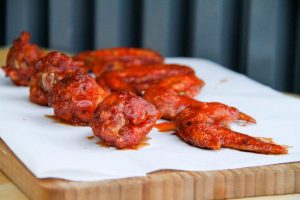 Now the recipe Suicide Wings is something which you will surely love but it can be so hot sometimes that it will melt your eyeballs. Irrespective of the heat level, the secret ingredient in these fiery wings may certainly vary which ranges from habanero sauce to blazing hot Bhut Jolokia peppers. Regardless of what makes them hot, it is certainly a good idea to exercise caution with any sort of food that has the word “suicide” present in the title. 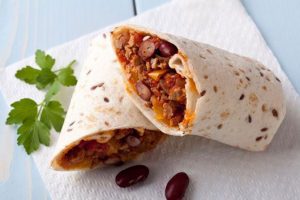 If you really insist on eating any food with the name suicide in it then try to eat Korean-inspired Suicide Burrito which is very different from normal burrito which consists of Kimchi fried rice with marinated meats, salsa, cheese, and certainly cilantro. This suicide dish adds an excellent blend of Korean, Chinese, Mexican peppers. Now it has a challenge that if you eat the whole thing, it is free. This excellent appetizer is a Peruvian dish made from potatoes with hard-boiled eggs and yellow cheese sauce which gives it the appearance it has. The gravy has medium-hot aji Amarillo peppers and habanero which will be bound to set your mouth on fire. This dish is spicy and delicious. This is a spicy soup from Thailand offered with a variety of options like it is made with prawns which is most popular with tourists. This dish is made of crushed Thai bird’s eye chilis which are a source of heat and true aficionados of this Thai staple. The hotter, the better.

As suggested by the name itself, this is a traditional dish served in a large metal bowl as it would burn its way right through everything else. Right after few bites, you will start sweating and gasping for air. Well, all it is part of the experiences. Well, this delicious food comes from the kitchen of Thailand, Neua Pad Prik or Chili Beef is a stir-fried pepper steak just with hotter peppers. And very like most other Thai dishes, this one is really spicy with the right amount of hotter peppers. Again this one includes Korean spices in it. Kimchee Jjigae is a stew that is a staple in Korean cuisine made from hot simmering stew which is infused with super-spicy aged kimchee. 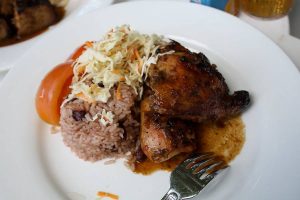 Sweet, tangy, and burning hot, Jerk chicken is one of the iconic Jamaican dishes which is derived its intense heat from all types of spices and scotch bonnet peppers. This Ethiopian delicacy Sik Sik Wat is beef stewed in spicy red pepper sauce made from chili pepper, fenugreek, paprika creating delicious hotness which is worth the heartburn which can surely be the result.