Learn About the Different Types of Hepatitis

Different Types of Hepatitis: Most of us are probably aware of Hepatitis. The liver of people suffering from this viral infection gets damaged, which may even prove to be fatal. Most of us are also confused about so many of the Hepatitis viruses reported – A, B, C, D, E, and G. But it is enough to be concerned only about the first three categories that are referred to as HAV, HBV, and HCV.

Severe inflammation of the liver occurs due to all the Hepatitis viruses but can be more chronic in the case of Hepatitis B & C. Unfortunately; there are no physical manifestations of any symptoms in the case of many people affected by it. But at times, the following symptoms may be found:

Fortunately, during the last 20 years, vaccines to prevent the occurrence of Hepatitis A and Hepatitis B have come up. In this context, it is recommended by the US Centers for disease control and Prevention (CDC) that those who are at risk of infection should take the required vaccines and every child under the age of 18 should be vaccinated. Almost one-third of the cases of Hepatitis are due to Hepatitis A or HAV and during the time when it was in epidemic proportion, as many as 35,000 cases were reported. By the end of 1990, there was a substantial decrease in the cases due to the widespread vaccination campaign against Hepatitis A, but according to the health officials, there would still be many unreported cases, as the symptoms of infection due to HAV virus are often temporary and is not related to any chronic liver ailment. The infection generally does not relapse in case of people, who are infected with it once but the CDC reports that the symptoms can still continue or it can relapse after a period of six to nine months.

HAV can spread through person to person and hence it usually takes up an epidemic proportion. It can also transmit through contaminated food and water, so much so that the FDA relates the several outbreaks of Hepatitis A to the consumption of raw or undercooked green onions (scallions). It also advises consumers to avoid infection through the following ways:

Hepatitis A does not spread through casual contact. But people, especially women can get infected through sexual or close social contact. People visiting places and countries, where the virus is prevalent are also at a risk.

The following group of people should be vaccinated against Hepatitis A:

The CDC reports that there has been a decrease in the number of people infected by Hepatitis B over the years (from about 260,000 in the 1980s to about 75,000 in 2001), which is mainly due to the availability of Hepatitis B vaccine in 1982. It is estimated that around 1.25 million people in the US are infected with the HBV and about 20 – 30 percent of them got it in their childhood and around 15-25 percent of the chronically infected people succumb to it.

Unsafe sex is one of the prime reasons for transmission. There are also chances of transmission in daycare and health care surroundings. It can pass from mothers to their infants. Due to this, all women in the US, who are pregnant, should go through medical check-ups for Hepatitis B and if anybody is found to be infected, the new-born should be vaccinated and be given the required Hepatitis B immune globulin.

The people in the following groups should be vaccinated against Hepatitis B: The Hepatitis C, known as HCV, have come under the scanner due to the fact that it has been responsible for the death of around 10,000 people annually due to liver cancer or cirrhosis problem. While 2.7 million people in US are thought to be infected with it, around 3.9 million people are at the risk of its exposure. In the 1970s and 1980s, the infections were largely transmitted due to the use of contaminated blood transfusion or through the shared injection needle. The virus was identified in 1988 for the first time and it was only 1989, that an authentic test to identify the antibodies to the virus was found. Nowadays, with the development of accurate and sensitive antibody tests and RNA testing, the chances of HCV infection is less than one per million units of transfused blood.

The health problem associated with HCV may vary from person to person. Studies show that deterioration in the condition of the liver or ultimately developing liver cancer due to cirrhosis may vary from 0.5 percent to 25 percent amongst people.

Notwithstanding the substantial reduction in the number of cases of HCV infection – from as high as 240,000 in the 1980s to 25,000 in 2001, it is also a fact that many of the people infected are unaware of it. The systematic awareness campaign to inform people, who have undergone a contaminated blood transfusion, have only been recently started by the medical officials before routine screenings began.

In this connection, hemodialysis patients, people who had a blood transfusion or organ transplants prior to 1992, babies of infected mothers (after 1 to 1.5 years), and persons who use injection drugs should be investigated for Hepatitis C through detection of a specific antibody. 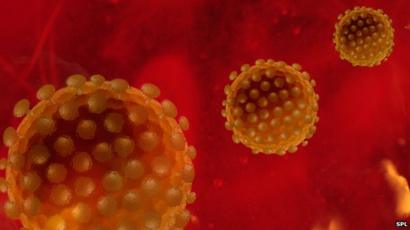 Hepatitis E virus, also known as HEV behaves in a similar way as the Hepatitis A virus so far as their nature of transmission and period of occurrence is concerned. People get infected with the virus by coming in contact with food and water that is contaminated by feces of an already infected person. But usually, people recover from it in a short span of time; maybe within some weeks or few months. The occurrence of this virus and infection is uncommon in the US but people traveling all over the world are at the risk. That apart, people who indulge in sex with infected persons or stay in places that have a history of outbreaks may get it. The fatality rate is 20 percent in the case of pregnant women infected with HEV. By maintaining proper hygiene, like drinking safe water, when traveling, one can reduce the chances of such infection.