Foods Every Visitor to Australia Must Try Foods Every Visitor to Australia Must Try

Australia may be the land down under, but it does feature top of the list of countries with thriving food cultures. Sure, some may be quick to say: but there are only a handful of native Australian dishes. While this may be irrefutably true, the Australian people do an amazing job at adapting and customizing foods from all over the world, thus giving these foods an Australian identity. What may be a common burger in one part of the world acquires an Australian identity in this country. Here are some of the local foods in Australia that you simply must try when you visit the country, which is one of the most wonderful places in the world: 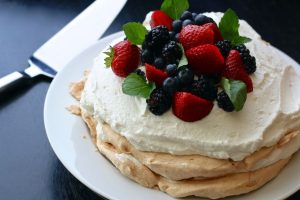 It is difficult to think of Australian cuisine and not immediately think of the Pavlova. This dessert is not only a particular favorite of the Australian people but also one that originated from this very country. Of course, there is the millennium-old dispute between Australia and New Zealand over who really came up with this dessert. As the story goes, the dessert was invented in the 1920s, when renowned Russian ballerina Anna Pavlova paid several visits to both countries. An Australian chef, Herbert Sachse, of the Hotel Esplanade in Perth, then came up with the recipe for a dessert that would be as light as this ballerina. In New Zealand, the natives claim that versions of this dessert were already being made long before Pavlova’s visit. Whichever the case, the Pavlova is one food that calls Australasia home. A Pavlova is a sweet dessert made of meringue base, lots of whipped cream, fresh fruit, and then topped with passion fruit. 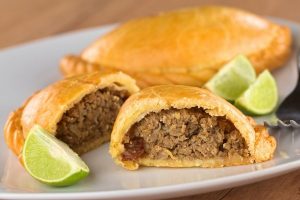 You cannot claim to be Australian until you have had several meat pies. They are so popular in the country that you would be hard put to find a party where they do not make it to the food list. It is custom to eat your pie with ketchup and do it straight from the bag. Every bite of the meat and the gravy enclosed in the pastry case is certainly a heavenly delight. Meat pies were popularised in Australia during the colonial era when they used to be sold by vendors on carts on many streets. They may not be originally Australian, but they hold a special place in the hearts of the Australian people. If you do not feel up to indulging in all the meat, then you could choose the saner mashed potato pie- it is just as good. This is the one food that unarguably originated from Australia, which is one of the most wonderful places in the world. It is a unique spread that many foreigners do not particularly enjoy, mostly because they are quick to spread generous amounts of the spread to their bread. To get the most of this savoury spread, you need to apply it sparingly on your bread- keep in mind that it is neither jam nor butter. The spread has a rather interesting history. In 1922, a businessman by the name of Fred Walker asked a chemist to come up with a spread made from used brewer’s yeast. The young chemist, Cyril Callister, came up with the product that was named Vegemite, after a hat. Vegemite is rich in Vitamin B, and that explains why it is exceedingly loved in Australia. Of course, catchy advertisements also contributed to the popularity of the spread. Today, there are many other combinations that have come up, such as vegemite and avocado toast, vegemite- cheese sandwiches, and many others. 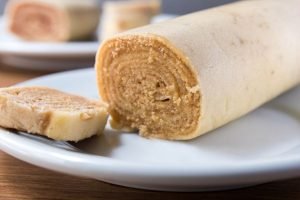 This humble roll is one that is stuffed with cabbage, onion, carrot, beef, and several other ingredients. It very much resembles the Chinese spring roll, and many have validly concluded that the smaller Chinese roll is the inspiration behind the Chiko roll. Contrary to what its name would have you believe, the roll does not contain any chicken. The Chiko can be eaten anywhere- it is an on-the-go food for Australians. 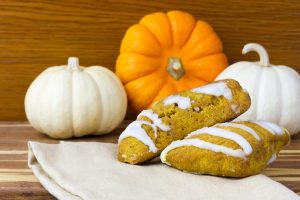 Given Australia’s Anglo- Saxon history, pumpkins and scones are popular there. However, instead of making the otherwise world-famous pumpkin pie, Australia made its own pumpkin scones. They are very popular in the country, and you certainly must try them when you are there. They were especially popularised by the wife of a former Queensland, from which time they became a celebrated Australian food. Kangaroos are synonymous with Australia, and it, therefore, comes as no surprise that they form part of the country’s cuisine. They are preferred to other types of meats because they contain low fat, and of course, because they are so abundant in some parts of the country. Grilled, Kangaroo meat is a heavenly delight. No doubt there are some who will find the thought of eating kangaroo meat repulsive, but if you like trying new things, then kangaroo meat will not disappoint you. Prepared the Australian way, it can be cooked with any number of spices- from pepper to garlic to rosemary, and then served with fruits such as red currant and plums. This is a family meal, often prepared for Sunday lunch. It is usually served with plenty of baked potatoes, and it is very satisfying indeed. The tender delicacy is prepared with garlic, rosemary, and olive oil in just the right proportions to create a mouthwatering meal. The food may also not be originally Australian, but Australians boast of being the only ones who can really prepare it the right way. 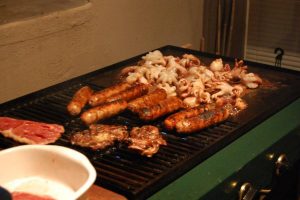 Barbequing is truly Australian tradition and a favorite activity for most people. Little wonder barbequing snags are so popular in the country. The snags could be beef or pork, or the more recent ones that are flavored with spices and herbs from all over the world. 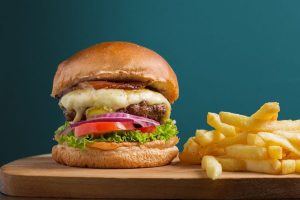 One thing that sets Australian hamburgers apart from ordinary ones is the inclusion of beetroots in the burgers. In fact, Australian hamburgers are arguably the biggest in the world. They contain so many ingredients, such as lettuce, cheese, onion, tomato, bacon, a fried egg, grilled pineapple, generous amounts of beetroot, and tomato sauce to top it all. Nothing spells big and tasty better. Additionally, the burgers do not contain any pickle or mayonnaise. So in case, you thought that Australia does not have its own hamburgers, you now know that nothing could be further from the truth.

It goes without saying that Australia has one of the world’s most vibrant cultures. Although most Australians are willing to contend that most of these foods do not originate from the country, they are also quick to add that they are the masters of adaption. Australian food is unique and special in its own way- you only have to try it in order to get convinced.

10 of the World’s Top Casinos