Tunisia is a popular tourist destination and there are many places that are worth visiting. Here are some of the destinations you should consider seeing if you’re planning a trip here: 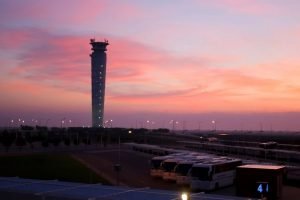 Enfidha is a town in the Northeastern part of Tunisia, which is easily accessible for tourists who are flying to Tunisia via Flythomascook. While some go through Enfidha on their way to a different destination, there are still many things worth seeing here. The ruins of Uppenna (also known as Henchir Chigarnia) are among the town’s most well-known attractions. Uppenna was once a powerful medieval fortress, but now it only includes pillars, blocks, and a Byzantine church. The remains of the mosaic can also be seen as the Museum of Enfidha, a must for tourists who want to know more about the town’s history. Enfidha Cathedral is also located nearby. Also, water sport enthusiasts can head off to Port El Kantaoui for a short day trip to go sailing, water skiing, or paragliding. 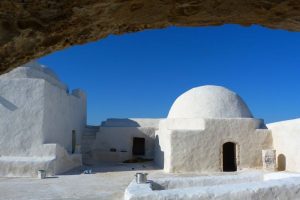 Located off the coast of Tunisia, the island of Djerba was once described by Homer as a seductive place that makes it impossible for visitors to want to leave it. The island’s coastline is filled with beaches, hotels, and bars. Sidi Mahres is the island’s most well-known beach, running for around 13 kilometers. Tourists can easily travel from the beach to the island’s main towns, Houmt Souk (Djerba’s capital) and Midoun (the second largest cities). Both towns are excellent for sightseeing due to their architecture, but they’re also famous for their local markets, stores, and restaurants. The towns also serve as departure points for the small villages located in the heart of the island. 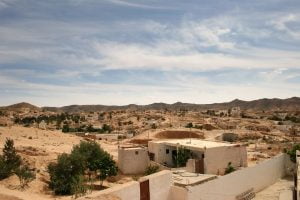 The region of Matmata is known for its unique houses and Berber settlements, but also for being featured in Star Wars. Many tourists visit the south of Tunisia specifically to see the filming locations from their favorite movies. The most popular locations are Mos Espa, the oasis town of Tozeur, the salt lake of Chott el-Jerid, and the desert location near Tataouine (where both Star Wars and The English Patient were filmed). The movie sets have been preserved especially for tourists, and there are many souvenir shops, restaurants, and hotels to choose from. The entire area is a great combination of natural wonders, traditional settlements, and modern technology. You’ll have a lot of distance to cover if you want to see everything, so make sure you get a map beforehand.

The Roman Ruins of Carthage and Sidi Bou Said The famous ruins are situated at the outskirts of Tunisia’s capital, so you might want to save a day just to visit the ancient city and its surroundings, especially if you’re relying on public transportation. Among the ruins, you can see the Roman Amphitheatre, Baths, and Village. You can also go hiking on Bryce Hill for a better view of the city. The village of Sidi Bou Said is also located in the Carthage area, and it is very popular among people who want to see the ancient ruins. Sidi Bou Said has a reputation as a haven for artists and writers, which is reflected in the architecture and small streets. The village is also worth visiting for its breathtaking views of the Mediterranean, but also for its traditional markets and cafes. Tunisia’s capital is also filled with tourist attractions. The Medina of Tunis is a great place for sightseeing and shopping. You can buy local goods such as gold, carpets, and perfumes. Also, make sure you stop at Zitouna Mosque to admire its Byzantine columns and lavish sculptures. Bardo Museum is another must for visitors, especially due to the Roman mosaics, sculptures, and Islamic exhibits. Then, try and visit a Hammam (public bathhouse) for a relaxing massage and a bath. The best Hammams are located in the Medina, so make sure to pack your towel and swimsuit if you plan on going. Finally, make sure you try some of the local restaurants such as Café Culturel El Ali (near the mosque), which is known for its teas and traditional meat dishes. If you’ll only be in Tunisia for a short while, you can focus on exploring the old part of Tunis to save time.