People looking for a quick escape from their day – to – day lives without putting too much pressure on their wallets should explore the soulful experience of vacationing in India. Affordable India tour packages provide an opportunity to witness the diverse geography, history, people and culture of India.

Here is a list of the best holiday destinations in India. The capital of India, Delhi, is a cosmopolitan city with a blend of historic Old Delhi and the modern New Delhi. With budget tour packages in India, exploring the historical Mughal monuments such as Red Fort, Jama Masjid, Humayun’s Tomb and PuranaQila, and several famous temples scattered across the city such as the Akshardham Temple, the Lotus Temple, and the ISKON Temple becomes extremely affordable.

The display of the country’s political power can be observed in Central Delhi where the Rashtrapati Bhawan, the Rajpath, and the India Gate are located on Raisina Hill. Home to the monument of eternal love – TajMahal, Agra is among those tourists’ destinations where you can enjoy quality time with your loved one without hitting your pocket hard with family holiday packages in India.

Along with one of the Seven Wonders of the World, Agra also offers other UNESCO World Heritage Sites such as Agra Fort and Fatehpur Sikri.

History, architecture, beauty, and romance all blend to create the magic of Agra. Situated on the bank of river Yamuna, the city displays the best of Mughal art, architecture, and culture. 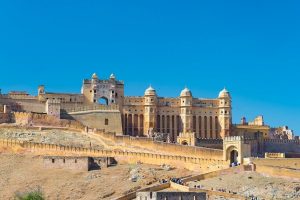 The Land of Maharajas, Rajasthan is one of the most colorful and vibrant states of India with strong flavors of history, culture, music, cuisine, and people blended to showcase its rich and unique heritage.

Rajasthan was once the realm of Maharajas and its magnificent palaces and majestic forts. The past of the state is filled with chivalry, honor, and heroism. The golden–sand deserts, delicious cuisines, traditional handicrafts, awe-inspiring palaces, serene lakes, and luxuriant gardens of Rajasthan can be revealed by the best Rajasthan tour packages. Varanasi, also known as Kashi or Banaras, is the spiritual capital of India – one of Hinduism’s seven holy cities. This city must be included on the list of tours in India with packages.

Present on the bank of the holy Indian river Ganga, Varanasi is a cultural and spiritual hotspot. Highly famous, oldest and most visited temple of India – Kashi Vishwanath Temple – is in Varanasi. One should witness the Ganga Aarti, an immense grandeur ceremony, which took place at Dasaswamedh Ghat after dusk. Located on the Malabar Coast of Southern India, Kerala offers a range of activities – hiking to Munnar hill station, basking in sun and sand of palm-lined Kovalam beach or treating their eyes by sauntering through the bustling streets of Kochi – visitors can take their pick. Book Kerala Tour packages at the best price online from Imperial India Tour Packages. The beach paradise is perfect to explore with the best tour packages for groups in India. It is a superb place to get lost in beaches, Portuguese architecture, forts, local markets, colorful houses, and palm tree-filled quaint villages.

Some of the best tourist spots of Himachal include Shimla, Kullu, Manali, McLeod Ganj and Chamba which offer an eco–friendly environment, picturesque natural scenery, adventure sports, colorful culture, delightful cuisine, various fairs, festivals and celebrations, and warm and hospitable people. The state is known for its massive production of apples which is why it is also named ‘The State of Apples.

Sliced out of Uttar Pradesh, popularly known as Devbhumi, Uttarakhand is the land of splendid natural beauty, simplicity, and sublime spirituality. The state takes pride in the scintillating Himalayan views and exhibits a simplistic cultural ethos of harmonic coexistence with nature.

Being the originating spot of the rivers Ganga and Yamuna, Uttarakhand is considered a famous pilgrimage site. It is the land of the four most pious Hindu pilgrimage sites, commonly known as the Char Dhams. 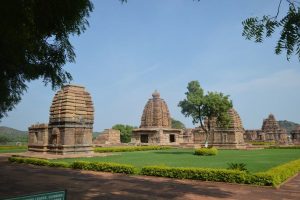 Rated as the 4th most popular tourist state of the country, Karnataka made it to the list of best destinations for tours in India. Extended from Belgaum in the north to Bengaluru in the south, the state is renowned for its beautiful landscapes, rich cultural heritage, calm and joyful beaches, and scrumptious food.

The state boasts the highest number of protected monuments in India. Hampi, the capital of the erstwhile Vijayanagar Empire, housed most of them.