Hill Stations, as the name suggests is a town or area present at a higher elevation than the normal plain. Indian Hill Stations are really heavenly as I’ve mentioned in the title. They are just magical and have the ability to soothe any person on this planet.

Well to be honest I’m a high admirer of Hill Stations in India. I’ve visited two or three of these which I’m going to mention below and my experience was awesome. If you are planning a trip to go somewhere in India and are unsure about the destination! Then you are going to get great inspiration from this post.

The Summer Capital of Jammu and Kashmir – Srinagar is a land of immense beauty and charm. At one sight, visitors fall in love with this magnificent hill station. Famous for its lovely environment, Tulip gardens, and houseboats, this city is set beside the Jhelum river. Moreover, Srinagar is home to Asia’s Largest Tulip Garden, and every year in April month a Tulip Festival is held.

Lakes such as Dal Lake, Wular lake, Nigeen lake, and Manasbal lake impresses the tourists and are very popular in the country too. Srinagar is also the Northernmost Indian hill station.

You must witness the never-ending beauty of this place at least once in your lifetime.

There are a number of things in Manali that can wake up the adventure enthusiast in you, like, River sports, Trekking Trails, Serene mountains, and much more.

Manali has more than 20 lakh visitors per year! Solang Valley and Rohtang Pass are some of the most loved sports in this beautiful Hill station.

The Capital and the Largest City of Himachal Pradesh – Shimla is a beautiful hill station with a touch of colonial memories. The Mall Road(lined up with multiple eye-catchy shops) is the center of attraction in Shimla with Christ Church and some other architectural monuments.

Traveling by Toy Train will make your journey even more enjoyable and memorable. Because of the never-ending beauty of the magnificent mountains around this city, it shines even more.

A Tour of 2-3 days will be ideal for a tourist as he/she can explore the Best of Shimla within this period.

The top places to visit in Shimla are – Tattapani, The Ridge, Kufri, Chail, and Mall Road.

Mcleodganj is a splendid hill station near Dharamshala. For Trekkers, this place is really worth visiting. Mcleodganj may be a city with a mixture of some Tibetan culture and a few of British culture.

Dalai Lama – Tibetan Spiritual Leader resides here for which this place is known worldwide. Mcleodganj is also known as ‘Little Lhasa‘. There is a different vibe that strikes you in this enchanting city, that’s due to the Tibetan Influence.

It is located at an elevation of 2000 meters which is one of the reasons behind those mesmerizing views of the Dhauladhar ranges.

Auli in Chamoli district of Uttarakhand may be a wonderful hill station that’s also a positive Ski Destination for Tourists. The spell-bounding, snow-capped mountains may be a perfect treat for the eyes of a person.

At an elevation of 2,800 meters, Auli is one of the less explored hill stations in India. The Slopes are covered with dense deodar and oak forests and you can witness some famous peaks like Dunagiri, Kamet, Mana Parvat, and Nanda Devi.

The Best Time to visit Auli is from December to March when Auli becomes a perfect paradise for Ski Lovers. Some places to see in and around Auli are Auli Artificial Lake, Gorson Bugyal, Chattrakund, Chenab Lake, and Joshimath.

Located in the Dehradun district of Uttarakhand at an altitude of 7000 feet, Mussoorie is an amazing hill station. In fact, it is known as the ‘Queen of Hill Stations. The weather of Mussoorie remains Cool and so peaceful the whole year that it is one of my favorite Hill Stations in India. Also, it was the first hill station I’ve ever visited.

You can take a Ropeway to Gun Hill, which is actually the second-highest peak in Mussoorie. A wonderful view of the hill station and surrounding Himalayas will be waiting for you there.

Places to visit in Mussoorie are Lal Tibba, Gun Hills, Lake Mist, Kempty Falls, and Mall Road. Mussoorie is gently getting more and more popular every year among travelers.

Nainital is a gem of Uttarakhand that resides at the foothills of the Kumaon ranges in the Himalayas. In between this pretty hill station is situated an eye-shaped lake – Naini Lake, which is admired by every tourist that comes here. It is nearly 2 miles in circumference and is really astounding.

This place is also known as the ‘City of Lakes’ due to the presence of Naini lake and other lakes in that area. Nainital is a perfect getaway for family and honeymooners. Furthermore, go boating in the Naini Lake, Shop in the Tibetan Market, and wander on the Mall Road. You’ll be delighted to get those experiences.

The Areas around Nainital are rich in flora and fauna. You’ll indeed have a great time exploring this lovely hill station.

In West Bengal, Darjeeling is a city in the lower Himalayas at an altitude of 2000 meters. Darjeeling’s tea industry is extremely popular throughout the state. Moreover, the splendid view of Kangchenjunga mountain catches the attention of visitors.

The Toy Train which was first started in 1881 is still running through the tracks and is declared the UNESCO World Heritage Site.

Talking about the cuisines, Darjeeling having a cold climate mainly serves Rice, Potatoes, and Noodles. Other popular food items in Darjeeling are Momos, Thukpa, etc.

The best time to go to Darjeeling is from April to June and from October to December.

Mount Abu is the mere hill station in Rajasthan and a major attraction spot for travelers. There are many places that will help you release some stress and enjoy the beauty of nature. Some of them are Sunset Point, Honeymoon Point, and Nakki Lake.

Witnessing sunset from the Sunset point is an out-of-world thing. Apart from this, the highest peak of the Aravalli Ranges also lies in Mount Abu named Guru Shikhar.

Have you heard of the Dilwara Jain Temples? They are also one of the prime places on Mount Abu among the tourists. Having ancient structures, Dilwara Temples must be a part of your Bucket list when visiting Mount Abu.
It is also known as ‘Shimla of Rajasthan’.

In the Western Ghats lies this lovely hill town Mahabaleshwar. Also known as the ‘Land of Strawberries’ as it is widely known all over India for those strawberries. It holds the stats for the production of 85% of strawberries across India.

The serene landscapes, wonderful peaks, and joyful rivers make this place super exciting and fun to visit. This Hill Station is a perfect Getaway in Maharashtra.

Moreover, the Krishna river originates from here which makes this place a good to go for pilgrims too. Around 2-3 days will be enough to explore Mahabaleshwar.

The Peak Season is March to May which is considered a great time to visit Mahabaleshwar by many tourists.

Ooty also known as Udagamandalam, is a picturesque hill station in the South Indian state of Tamil Nadu. No less than a Paradise for Mountain lovers, Ooty serves as an incredible destination for those wanting a relaxed and soothing holiday. Munnar is situated in the Idukki district in Kerala and is one of the most sought-after destinations in South India. It is situated at the confluence of three mountain streams- Mudrapuzha, Kundala, and Nallathanni. Munnar offers the best holiday facilities thus making it a popular resort town. Pristine valleys, mountains, exotic and rare species of flora and fauna, and several wildlife sanctuaries and forests are enough to attract a large number of domestic as well as international tourists. Coorg is a major tourist attraction because of its natural beauty. Bangalore to Coorg taxi is the best-opted mode to travel to Coorg. Coorg is known for its coffee and ethnic warrior people. Coorg is rich in natural resources including timber and spices. The highest peak in Coorg is 1750 m above sea level. There are many places of tourist attractions like Talakaveri, Nisargadhana, Abbey Falls, Dubare, Nagarahole National Park, Iruppu Falls, and the Tibetan Buddhist Golden Temple.

Champawat, a lesser-known hill station, is located in the Kumaon division of Uttarakhand at a height of 1615 m above sea level. It is one of the most beautiful places in Uttarakhand. Champawat is famous for its natural beauty and ancient temples like Baleshwar Temple. The Nagnath Temple in Champawat is said to have been completed in one night by a one-handed artisan. 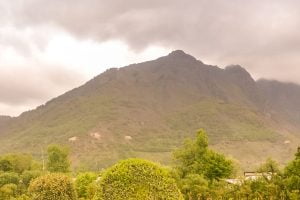 Gulmarg is one of the premier hill resorts in India. Located in Jammu and Kashmir, Gulmarg attracts a large number of tourists because of its beautiful snow-clad mountains and natural beauty. Gulmarg has the highest green golf course in the world at a height of 2650 m. Skiing and horse riding are the other adventurous sports tourists can indulge in. Located within the Himalayas, Gulmarg also boasts of the highest cable cars in the world. These are called Gulmarg Gondola and are at a height of 3979 m.