Jharkhand is situated in the eastern part of India. The meaning of the word Jharkhand is ‘The land of Forest’. This state came into existence on 15th November 2000. Jharkhand tourist places have many things to offer. This state touches the border of west Bengal, Odisha, Bihar, and Uttar Pradesh. Many of the mineral resources can be found here like graphite, iron ore, china clay, limestone, dolomite, coal, asbestos, mica, bauxite, uranium, etc. Around 45% of India’s mineral resources come from here. But the coal of India totally comes from Jharkhand. A very famous cricket play, Mahendra Singh Dhoni, belongs to this state. This state is very much famous for its waterfalls. The scenic beauty of Jharkhand is just spellbinding. There are various hills, forests, and different types of trees, and the colorful culture of tribal people makes it the best tourist spot in India. Some of the Jharkhand tourist places are as follows: 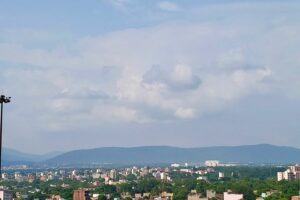 Jamshedpur is situated on the chotta Nagpur plateau. It is one of the best Jharkhand tourist places. The city is also known as ‘the steel city of India’, because it is having the first private steel plant in India. It is the largest city of Jharkhand and the third largest city of India, after Kolkata and Patna. This is the first planned industrial city of India. It is also known as Tatanagar, the oldest city, according to the Indian history. There are many parks, which makes this city more beautiful, especially for nature lovers. Places to visit in Jamshedpur are: 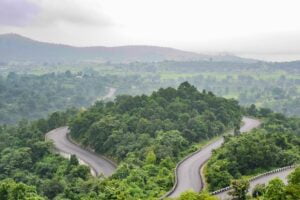 Ranchi is the capital of Jharkhand. The name Ranchi was derived from Archi. This city is situated at a height of 2,140 from above sea level. This city is also known as ‘the city of waterfalls, because of having a large number of attractive waterfalls. The natural beauty of this place is just amazing. The whole town is mainly covered with red soil. In Jharkhand, it is the hub of natural beauty, with breathtaking waterfalls, large dense forests, and many ancient & new temples, majestic valleys and various types of trees, which makes it the most beautiful Jharkhand tourist places. Some of the attractions of Ranchi are: The meaning of Hazaribagh is thousands of gardens. This place is very famous for its health resort. It is situated at an altitude of 2,019ft on the northeastern part of the Chotanagpur plateau. This town is mainly covered with hills and lush greenery of trees. There are many temples of Jains. This town was declared as the cantonment in 1790 and till 1884, it remains a cantonment. It is the semi-hill station of Jharkhand. If you are a wildlife lover, then don’t miss Hazaribagh, as the Jharkhand tourist places. It will offer you amazing natural beauty. Places to visit in Hazaribagh are:

Palamu was established in 1892. It is having the ninth original tiger reserve in India. As, you know that tigers are just on the stage of extinction, but here you will get to see around 50 to 60 tigers. Rather than tigers other animals like dear, panthers, elephants, wild dogs, monkeys, langurs, bears, leopards, horses, and many other animals can be seen there. The people who love to see the wildlife should visit these Jharkhand tourist places. There are many species of birds and reptiles also present. Places to visit in Palau are: 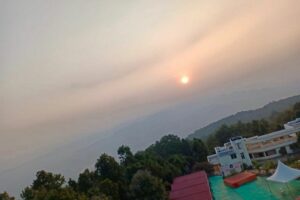 Netarhat is also known as the Queen of Chotanagpur. The meaning of Netarhat is ‘heat of nature’. In the month of summer, you will get to see the stunning sunrise and sunset, which makes it a beautiful Jharkhand tourist places. As, it is on the top of the plateau, so when you stand there and the view you are getting, like a highly dense forest, deserted rocks and the wind is blowing very fast, is just an amazing view. It is located at a height of 1,128m. There are many majestic waterfalls. Places to visit in Netarhat are: 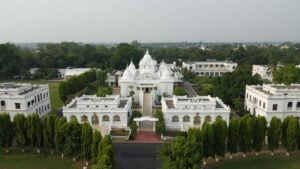 Deoghar is situated at a height of around 2,140ft. from above the sea level. This place is a mixture of manmade and natural things, so don’t forget these Jharkhand tourist places. The place is mainly famous for its temples. The main temple is Baidyanath Dhaam. It is the major pilgrimage spot for Hindus. There are many Buddhist monasteries also. The landscapes and hills of this place are very beautiful. Places to visit in Deoghar are: 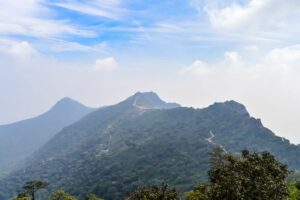 The word Giridih means the land of hills. It became a separate district in 1972, earlier it was part of Hazaribagh. Coal is very famous there, as it is rich in that minerals. There are many hills all around the town and on that trees of teak and sal are founded. It is situated at the Chhota Nagpur plateau. Mainly the tribal people are residing there. Other mineral resources like mica, bauxite, etc. are founded there. It is the spiritual hub of this state and also the famous Jharkhand tourist places. Some attractions of Giridih are: