Megacities in the World you must know About

What is a megacity?

The term “megacity” first came into existence in the late 19th century or in the beginning of the 20th century. In the long 1800, there were only 3 percent of the world’s population stayed in the cities, but there was an increment and the figure increased to about 47 percent at the end of the 20th century. And according to certain calculations Asia only will have 30 megacities which include Mumbai of India, Shanghai in China, Deli of India, Tokyo in Japan, Seoul in South Korea, and Lagos i Nigeria is said to be grown to 15.2 million in recent years from 300,000 in the year of 1950.

Some of the Megacities and their importance

The 10 largest megacities in the world include Delhi, Tokyo, Beijing, Seoul, New York, Mexico City, Cairo, London, Istanbul, and Moscow. Tokyo-Yokohama is known as the world’s largest metropolitan region covering an area of 14000 km2 and 10 million people live in the city of Tokyo. Tokyo is famous from the side of culture for a number of museums, festivals, theatres, and also a professional sports club which includes football and baseball and it also includes Japanese pursuits that are Sumo Wrestling. The next mention may be made of Delhi, where people can visit a number of places like the Lotus temple where one can sit silently and prey to respective Gods. People can also visit the national gallery of Modern art in Delhi. People can buy picture postcards from the shop at an affordable price. Next comes the India Gate of Delhi, where people can enjoy a nice walk around that area where many fountains are there to make the place look more beautiful. Qutub Minar of Delhi is known to be the second tallest Minar in India, on the foot of the Minar there is a Mosque which was the first Mosque that was built in India. London is also a megacity where a number of tourists can pay a visit. The places of attraction of London include the Iconic Clock tower and the parliament building which is situated on the shore of the Thames river, Buckingham palace, which is the queen’s official residence and another important one is the British museum which holds the culture of mankind that is shown by 8 million works. 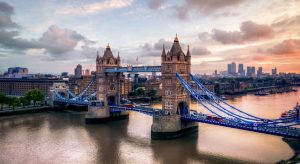 Next mention may be made of another megacity that is Cairo, which is famous for its rich historic finery, the most important place for visiting in Cairo is the Pyramid of Giza.

Other megacities also hold a lot of places of attractions that tourists would love to visit.