Orissa is situated in the eastern part of India. The place is very famous for its ancient and rich history. It is surrounded by Chhattisgarh, Andhra Pradesh, and West Bengal. Orissa tourist places are mainly famous for its ancient temples and monuments. The best part is you will get the largest lion safari of India, in this state and also the White Tiger Safari which is not present in the whole world but yes you will get it in Orissa. The main classical dance of this state is just mind-blowing. The festivals, which are celebrated here are internationally famous. The state is very rich in its mineral resources like copper, tin, bauxite, lead, chromite, gemstones, dolomite, manganese ore, nickel ore, limestone, steatite, and many other. There is the temple named as Jagnath temple, which is having one of the largest kitchens in the world. It is also known as the temple city of India. “Orissa tourism” will be the best decision for your holidays. The fourth largest dam of a world that is Hirakund dam, is situated here. There you can get to see the rocks which are around 3 billion years old. The state is having the largest salt water lake, in the world. Places to visit in Orissa are: Bhubaneswar is the capital of Orissa and is the largest city of this state. The name Bhubaneswar was derived from the name Tribhubaneswar, which means Lord Shiva. It is one of the beautiful Orissa tourist places, which nobody should miss. This new city, which we see today was established in 1948. The city is 2,000 years old. In the ancient time, it was the capital of Kalinga. One of the temple cities of Orissa. Many temples of this city are designed in the German architectural style, but rather than that many other designs were adopted. It is the metropolitan city of this state. It is the best site of Orissa tourism. This city is mainly known by many names like Ekamra, Toshiba, Kalinga Nagar, Mandira Malini Nagar, and many others names. If you want to know about Orissa, then Bhunneswar is having a state museum, from where you can explore yourself. Places to visit in Bhubaneswar are: Puri is situated in the eastern part of Orissa, around the Bay of Bengal. If you want to visit the spiritual or religious “tourist places of Orissa”, then it is the best one. It is one of the important spiritual places, according to the Char Dham yatra of India. The very famous temple Jagannatha temple is situated there. There are many facts, which everybody should know about this temple. The parsadam of this temple is having a large mystery, which can only be known if you visit this place. This city is having many beaches, temples and also the beautiful tradition & culture, which can be enjoyed there. The handicraft of Puri is very awesome like beautiful things made with shells, many different types of bells, various types of patchwork, etc. As it is the holy place of India, so many spiritual tourists around millions of people visit this place every year. Different types of food can be tasted there. Places to visit in Puri are: 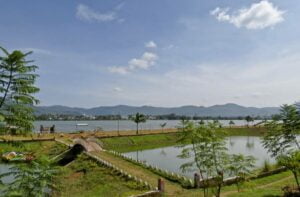 The word Jeypore means ‘the city of victory’. It is the second largest city of Orissa. It is a very famous Orissa tourist places, it has everything to offer you. It is an ancient town of this state. The very famous dynasty, named as Dev Dynasty, had ruled in this town. The town has many hills all around it. This town is located at a height of 2,165ft. above sea level. There are many ancient temples and forts, which will tell you about the various architectural designs and also the history of Orissa. Many breathtaking scenic views can be seen there. Jeypore is the cultural and traditional town of this state. It is the best places to visit in Orissa, especially for history lovers. Some tourist spots to see in Jeypore are:

Cuttack is known as the ‘Silver City of India’ or ‘the Millennium city of India’, because it is very famous in the filigree work of silver. As, it is also having one of the oldest cricket grounds of India. It is the cultural capital of Orissa, as there are many festivals celebrated in one year. Cuttack is one of the well-known Orissa tourist places. Earlier is was known as Katak, which means the fort. This city of Orissa is around 1000 years old. As, it was founded by Keshari Dynasty in 989 A.D. Many kings ruled this town like Keshari Dynasty, Mughals, Afghans, and many others. Cuttack is the business hub of Orissa. It is situated at a height of 35 meters, from above sea level. It is one of the famous tourist places of Orissa. It is having the high court of this state, which is mainly designed in Indo-European style. The street food of this town is just amazing. Places to visit in Cuttack are: 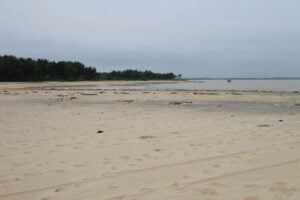 Paradeep is the oldest port of Orissa and also one of the largest eastern ports of India. This port was founded by Raghavendra. Many things are transmitted from this port, but mainly coal and iron ore are dispatched from here. It is one of the most beautiful towns of Orissa. The whole town is mainly covered with dense forest and beaches all around it. This is the best Orissa tourist places, especially for couples. This town is not very crowded and anyone can come and relax. Places to visit in Paradeep are: 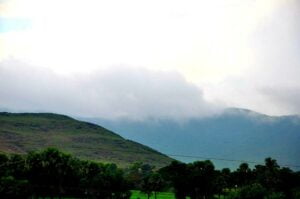 Jajpur is the best historical pilgrimage site of Orissa. This place was established by the Komvanshi King in the 10th century, who was named as Jajati Keshari. One of the important tourist places in Orissa.  Before some time, it was part of Cuttack, but in 1993, it became a separate district. In ancient times, it was the capital of the Kalinga kingdom. There are many monuments and ancient temples, which were designed in beautiful architectural designs. Places to visit in jajpur are:

Rourkela is situated in the northern part of Orissa. It is one of the largest towns of this state. Rourkela is also known as the steel city of Orissa, as it is having one of the largest steel plants of India. It is an important place of Orissa, in the case of industries, also known as the commercial capital of this state. Don’t miss these Orissa tourist places, especially, the natural wonders of this town, which will just shake you. Many types of tasty cuisines, will be there. The special Rasagullas, of this town are very famous. Places to visit in Rourkella are: 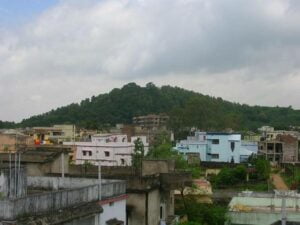 Sambalpur is situated in the eastern part of Orissa, at the banks of river Mahandi. It was founded by Raja Balaram Dev, in 1528. It is one the important gem of Orissa tourism. The ancient name of this town is Hirakhand. One of the ancient city of Orissa. Earlier this city was the main diamond hub. In the international market is famous for its tie and dye art. In the terms of textiles also it is holding a good market share. The people visiting this place, especially the foreigners love the craftwork and paintings of Sambalpur. Places to visit in Sambalpur are: