Karnataka is situated in the southern part of the country. If you are planning to make the trip to this state then don’t think just make it, because there are many places to visit in Karnataka. Earlier it was known as the State of Mysore but was renamed Karnataka in 1973. This state was formed on 1st November 1956. Jog waterfalls (Gersoppa) which are situated in Karnataka, is the second-tallest plunge waterfall in the world. It view of that waterfall is just mesmerizing. 85% of the raw silk in the country is produced in this state. It is the eighth-largest state in the country. There is a luxurious train running from Karnataka, known as The Golden Chariot, which covers the famous tourist spot. There are world heritage sites, forts, palaces, beaches, waterfalls, hills, forests, wildlife sanctuaries, is, and many other places, which will make your trip unforgettable. Places to visit in Karnataka are: Bangalore is officially known as Bengaluru. It is the capital of Karnataka. It is also known as the Silicon Valley of India, because of its crucial role in Information Technology (IT) for the nation. It is one of the best tourist places to visit in Karnataka. It is the 3rd populated city in India. Many MNCs of India, are having their headquarters in Bangalore like Bharat Heavy Electrics Limited (BHEL), National Aerospace Laboratories (NAL), Infosys, Wipro, and many more. Places to visit in Bangalore are:

Hampi is very famous for its finest historical sites. It is the best historical ‘place to visit in Karnataka’. It is one of the UNESCO World Heritage sites. There are various ancient temples, forts, royal buildings, and many other ancient things which will help you to know the history of this region. It is located on the banks of river Tungabhadra. In ancient times Hampi was the capital of the Vijayanagar Empire. It is said that gold and silver were used in currency and Ruby & diamond had been sold on the streets. There is a very famous street known as Pan Supari, on which the diamonds are mostly sold. Places to visit in Hampi are:

Mysore is the third largest city of Karnataka. It is situated on the foothills of Chamundi Hills. Mysore was the capital city of the Kingdom of Mysore, before six centuries, which was ruled by Wadiyar Dynasty, at the time when Tipu Sultan was in power. It is the very well-known and best historical places to visit in Karnataka. Mysore is also known as the City of Palaces. The place is famous for the birth of many Indian styles of art & craft. Places to visit in Mysore are: Badami is situated at the start of the ravine, between the two rocky hills, at a height of around 177m. This town is founded by Pulakesin. It is mainly known for its rock-cut temples and forts. It is the home of Dravidian architecture, which magnifies both south and north Indian style of architecture. It is a beautiful historical ‘places to visit in Karnataka’. Badami is very famous for its caves. It was the capital of the Chalukya Dynasty. Places to visit in Badami are: Coorg is also known as Kodagu. This town is rich in natural resources like timber and spices. It is a very beautiful hill station of Karnataka. Coorg is also called as the Scotland of India. It is the best place for nature lovers. Beautiful lush greenery, waterfalls, and the scenic beauty of this hill station, will make you the lover of natural beauty. The highest peak of Coorg is Tadiandamol, which is 5724 feet, above the see level. You can also enjoy micro lighting, through gliders, which go up to a height of 500 feet. Places to visit in Coorg are: Mangalore is the 8th cleanest city of India. This city is surrounded by the hills of the Western Ghats and the Arabian see on all sides of it. Export of Coffee and Cashew is mainly done through the port of this city. There are many beautiful beaches in the city, in which you can enjoy swimming. Coconut palm trees, mountain ranges, rich flora and fauna, red clay tiled roof building, and calm localities, make it a glamorous place to visit in Karnataka. Some attractions of Mangalore are: 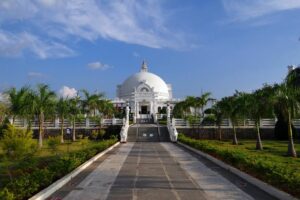 Gulbarga was founded by the sultans in the 14th century. This city is known as one of the Sufis cities of India, because of the large number of Mosques. The original name of this town was Kalburgi, but it was changed by Bahamani rulers. You can observe various styles of architecture in the town. It is situated in the northern parts of Karnataka. Places to visit in Gulbarga are:

Udupi is situated between the Western Ghats and surrounded by the Arabian Sea. It is very famous for the lord Krishna temple. This town is a perfect place for those who want calmness and peace. It is a nice and beautiful tourist places to visit in Karnataka because of the waterfalls and its unique cuisines. Udupi is also known as the land of great beauty. There are some of the islands, which makes it a picturesque spot. Places to visit in Udupi are:

Hospet is a very famous historical places to visit in Karnataka. It is situated on the banks of river Tungabhadra. This city is very well known, for the twin cities Hampi and Hospet. It is said that the city is built by Krishna Deva Raya, which was one of the famous rulers of Vijayanagar. Hospet is very popular for its literature and art & craft. Hospet is a mixture of old and new monuments which makes it unique. Places to visit in Hospet are: 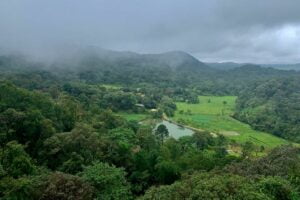 Madikeri is a beautiful hill station in Karnataka. There is a vast production of coffee. It is a perfect Karnataka tourist place if you want to relax and spend your time, with your loved ones. Madikeri is a mixture of historical, natural as well as a religious places. All kinds of tourists can come here and take the pleasure of which they want. Places to visit in Madikeri are:

Other Places To Visit In Karnataka Are: