Kolkata is often frequented by travelers who want to explore the ancient culture of India. The city is also able to give you a glimpse into the ancient culture which it has preserved for a long period of time. Owing to this, it becomes easier for you to explore the cultural heritage in greater detail. When you’re looking for places to visit in Kolkata you would find quite a few diverse options. You can choose between the temples as well as museums and other historical landmarks in the city. We would today share with you a few places to visit in Kolkata which would help you in exploring the true culture of India as well as Kolkata. 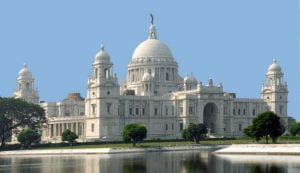 Victoria Memorial is a grand marble building located in Kolkata, India. It was built between 1906 and 1921 in memory of Queen Victoria, who had passed away in 1901. The memorial houses a museum and art gallery that contains a large collection of British and Indian artifacts, including paintings, sculptures, manuscripts, and other historical items. The memorial is surrounded by 64 acres of gardens that are open to the public. Visitors can take a guided tour of the memorial and its gardens, or explore on their own. The memorial also has a collection of British and Indian works of art, including oil paintings, watercolors, and sculptures from the 18th and 19th centuries. 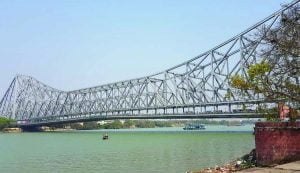 The Howrah Bridge is a cantilever bridge that spans the Hooghly River and connects the city of Kolkata to Howrah. The bridge is one of the most iconic landmarks of Kolkata and is also considered as a symbol of the city. The bridge was officially opened in 1943 and is also known as the Rabindra Setu. The bridge is a busy thoroughfare, with thousands of vehicles and pedestrians crossing it every day. The bridge offers a great view of the river and the city, and is a popular spot for taking photos. Visitors can also take a boat ride under the bridge to get a different perspective of the structure.

The Indian Museum is the oldest museum in Asia and one of the largest in the world, with a vast collection of Indian art and artifacts. The museum was established in 1814 by the Asiatic Society of Bengal. The museum has six sections, namely Art, Archaeology, Anthropology, Geology, Zoology, and Economic Botany. Each section has a wide range of exhibits including ancient sculptures, Mughal paintings, fossils, and rare manuscripts. The museum also has a library with over 60,000 books and manuscripts. Visitors can take a guided tour of the museum or explore on their own. The museum is closed on Mondays. Dakshineswar Kali Temple is a Hindu temple dedicated to the goddess Kali, located on the banks of the Hooghly River in Kolkata, India. The temple was built in 1855 by Rani Rashmoni, a philanthropist and devotee of Kali. The temple complex comprises of a large courtyard, a temple dedicated to Lord Shiva, and several smaller shrines. The temple is known for its beautiful architecture and intricate carvings. Visitors can take a guided tour of the temple, or attend one of the regular puja ceremonies held there. The temple is open every day, except on Thursdays when it is closed for cleaning. 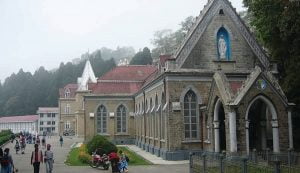 Mother House is the headquarters of the Missionaries of Charity, a Catholic congregation of women founded by Mother Teresa. The organization is dedicated to serving the poor and the sick, and has branches in over 130 countries. Mother House is located in Kolkata, India and is open to visitors. Visitors can take a guided tour of the building, which includes Mother Teresa’s tomb, the chapel, and the museum dedicated to her life and work. The museum has a collection of photographs, artifacts, and personal items belonging to Mother Teresa. Visitors can also attend a prayer service or mass at the chapel. Mother House is closed on Sundays and holidays. Park Street is a popular shopping and dining street in Kolkata, India. The street is lined with colonial-era buildings and is known for its lively atmosphere. Visitors can find a wide variety of shops selling everything from souvenirs to designer clothing. Park Street is also home to several restaurants, cafes, and bars, offering a range of international and local cuisines. Visitors can take a leisurely stroll down the street, or take a horse-drawn carriage ride for a more traditional experience. Park Street is also known for its Christmas celebrations, which are famous in the city. 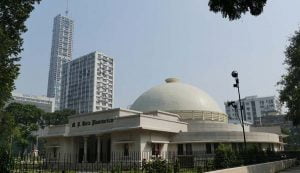 Fort William is a fort built by the British East India Company in the late 17th century, located in Kolkata, India. The fort was built to protect the city from attacks by foreign powers and was named after King William III of England. The fort has a large central parade ground and several barracks, which are now used as offices and warehouses. Visitors can take a guided tour of the fort, which includes a visit to the barracks, the parade ground, and the church. Visitors can also see the remains of the original fortifications, including the moat and the walls. The fort is open every day, except on holidays. Belur Math is a religious complex that is the headquarters of the Ramakrishna Math and Mission, a monastic order founded by Swami Vivekananda. The complex is located on the banks of the Hooghly River in Kolkata, India. The complex comprises of a temple, a museum, and a library. Visitors can take a guided tour of the complex, which includes a visit to the temple, the museum, and the library. The temple has a collection of statues and paintings of Ramakrishna, Sarada Devi, and Swami Vivekananda. The museum has a collection of photographs, artifacts, and personal items belonging to the founders of the mission. The library has a collection of books and manuscripts on Ramakrishna and Vedanta. 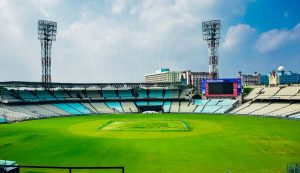 Eden Gardens is a cricket stadium located in Kolkata, India and is one of the oldest and most famous cricket grounds in the country. The stadium has a seating capacity of over 66,000 and is the home ground of the Bengal cricket team. Visitors can take a tour of the stadium, which includes a visit to the dressing rooms, the press box, and the stands. Visitors can also see the pitch and the ground from close quarters. The stadium is also known for hosting some of the most iconic cricket matches in the history of the game. Visitors can also catch a match or practice session if they are in town during the cricket season. 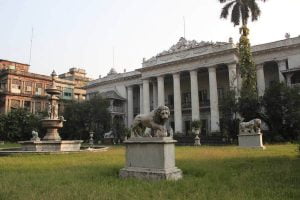 Chowringhee is a busy street located in the heart of Kolkata, India. The street is known for its colonial-era buildings, including the famous Grand Hotel. Visitors can take a leisurely stroll down the street, which is lined with shops, restaurants, and cafes. Visitors can also take a horse-drawn carriage ride for a more traditional experience. The street is also home to several famous landmarks, such as the St. John’s Church and the South Park Street Cemetery. Visitors can also visit the Indian Museum, which is located nearby and is one of the oldest and largest museums in India.

Science City is a science center and a theme park located in Kolkata, India. The park aims to promote science education and has several interactive exhibits that demonstrate various scientific concepts. Visitors can take a guided tour of the park, which includes a visit to the energy park, the space theater, and the life science park. Visitors can also see live demonstrations of scientific experiments and also enjoy the 3D shows. The park also has an IMAX theater, an aquarium, and a science park. The park is a perfect place for visitors who are interested in science or want to take their children to an educational place.

Kolkata, also known as Calcutta, is the capital of the Indian state of West Bengal. The city has a rich history dating back to the 1690s when the British East India Company established a trading post there. During the colonial era, Kolkata served as the capital of British India until 1911. The city played a significant role in the country’s struggle for independence, with notable figures such as Mahatma Gandhi and Rabindranath Tagore being associated with it. After India gained independence in 1947, Kolkata developed into a major cultural and intellectual center, with a thriving literary and artistic scene. Today, the city is known for its historical landmarks, colonial architecture, and vibrant culture.

Kolkata is famous for?

Kolkata, also known as Calcutta, is known for several things. Some of the most notable include:

Kolkata, also known as Calcutta, is famous for its rich and diverse culinary tradition. Some of the best foods to try in Kolkata include:

Note: There are many more varieties of food available in Kolkata, and the above list is just a small sample of the diverse and delicious food that the city has to offer.

Kolkata, also known as Calcutta, is home to many famous temples, some of the most notable include:

These are some of the famous temples in Kolkata, but the city also has many other smaller temples and shrines that are worth visiting.