There are lots of places to visit in Maharashtra, as this is a very famous state. It is the third largest state of India and one of the most developed states of the country. Maharashtra is a very popular industrialized state and also the wealthiest state of India.  This state is having large types of industries like manufacturing, international trade, mass media, petroleum, fashion, tourism, aerospace, and apparel. The state is rich in natural resources. Maharashtra is having everything for every type of tourist whether spiritual, adventurous, wildlife lover, nature lover, and many more. Places to visit in Maharashtra are: Mumbai is also known as Bombay and it is the capital of Maharashtra. Mumbai is one of the best holiday destinations in Maharashtra. The city is having the highest number of Millionaires and Billionaires, according to other cities in India. It is also known as the financial capital of India because the main stock exchange of the nation is located in Mumbai. ‘The city that never sleeps’, ‘The city of seven Islands’ and ‘The city of Dreams’, these some names of Mumbai that can explain it in simple words. The city is the main part of Maharashtra tourism. Places to visit in Mumbai are: 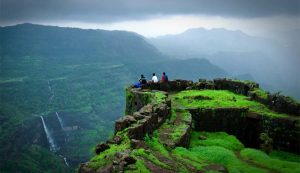 Pune is the second largest city of Maharashtra. It is also known as ‘Oxford of the East, because of the presence of several renowned educational institutions in the city. The city is the cultural and economic hub of Maharashtra. Pune is one of the fastest developing cities of the Asia Pacific region. It is very famous for manufacturing and the automobile industry. Pune is a very well-known destination on the Maharashtra tourism map. This city is a mixture of ancient and modern sites. Places to visit in Pune are: Aurangabad is also known as ‘The City of Gates’. It is the tourism capital of Maharashtra. Aurangabad is one of the fastest-developing cities in Asia. If you love, to know history then it is the best tourist place in Maharashtra. This city is also famous for its Hand woven Himroo and Paithani sarees. The name of this city was kept after the Mughal emperor Aurangzeb and is one of the most famous places to visit in Maharashtra. The caves of Ajanta and Ellora are some of the national heritage sites of this city. Places to visit in Aurangabad are:

Mahabaleshwar is the highest hill station of the Western Ghats. It offers you an amazing and fresh atmosphere, through lush green trees, steep hills, rock-cut mountains and other scenic beauty. It is the best hill station in Maharashtra tourism. In the months of spring, there is a strawberry festival celebrated every year. You will get to see the different variety of flora and fauna there. Places to visit in Mahabaleshwar are: 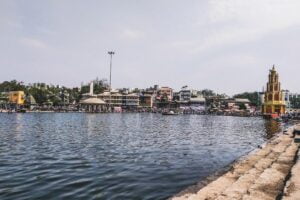 Nashik is situated on the foothills of the Western Ghats and on the banks of river Godavari. It is mainly famous for the fresh agriculture of onions and wine grapes. It is also known as the ‘wine capital of India’. It is the most preferred destination of Maharashtra by the tourist. It is the fourth fastest developing city of India and the sixteenth fastest developing city in the world. Places to visit in Nashik are: Shirdi is mainly known as the home of Sant Shri Sai Baba. The temple of Shri Sai Baba is very famous and also one of the richest temples of India. It is one of the important ‘tourist places of Maharashtra’. The literacy rate of this city is more than that of the National average literacy rate. Around 50,000 visitors visit this place every day. Places to visit in Shirdi are:

Solapur is situated on the Karnataka state border. It is having the highest number of Sugar factories in India. The city is having the world’s largest and Asia’s second-largest spinning mill. Most of the time the climate of the city is moderate and dry, because of its location on Deccan Plateau. Solapur will more explore your Maharashtra tourism. There are so much of ancient temples and forts to see. Places to visit in Solapur are: 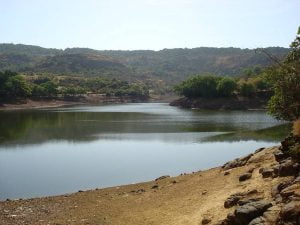 Lonavala is the hill station of Maharashtra. The hill station is located at a height of 2,047 ft above sea level. It is very famous for the production of hard candy chikki. There are many waterfalls, dense forests, valleys, and many other things to see. Lonavala is a very romantic tourist spot in Maharashtra, as it is free from noisy traffic healthy climate, ancient caves, historical forts, and magnificent views, all these things make your journey memorable. Places to visit in Lonavala are: 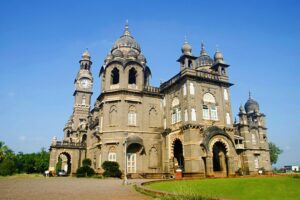 Kolhapur is situated on the banks of the river Panchanga. It is one of the historic tourist places of Maharashtra. If you love to do shopping, then it is the best place. This is one of the princely states of Marathas. Kolhapuri slippers of this city are very famous. You will get to see the historical monuments and many cultural heritage sites. Places to visit in Kolhapur are: Ratnagiri is a port city which is situated on the Arabian Sea. It is the birthplace famous personality of India i.e. Bal Gangadhar Tilak. This is a very beautiful picturesque spot, which will offer you hills, beautiful rivers, hot water springs, forests, waterfalls, and seashores. Ratnagiri is also famous for Rajpur Ganga which is a collection of 14 pools of water but it appears once in every 3 years. Places to visit in Ratnagiri are: 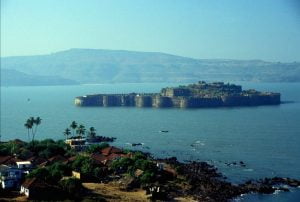 Alibag or Alibaug is situated in the Konkan region. It is mainly a Coastal town. It was developed under the Naval Chief of Maratha Ruler Shivaji. It is very famous for clean and fresh water, which is totally unpolluted and for sandy beaches. One of the most beautiful holiday destinations in Maharashtra. Alibag is 100 km away from Mumbai. The word Alibag means ‘The Garden of Ali’. It is also called as ‘Goa of Maharashtra’. Places to visit in Alibag are: