Life in Switzerland is in some ways regimented they value order and punctuality but this level of organization and efficiency actually means the Swiss have plenty of time, and money, to enjoy life. Events such as the Montreux Jazz festival and Basel Carnival will dispel any ideas you might have about the Swiss being boring.

There is a lot to enjoy in Switzerland and wherever you go there will be beautiful scenery to take in at the same time.

Places to visit in Switzerland As well as visiting the towns and cities around the lake you should spend some time on the lake itself: including a tour on one of the steam boats or perhaps hiring a sailing boat or canoe. On the lake sites of interest include the Lake Geneva beacon and the Jet d’Eau fountain that pumps 132 gallons of water 459 feet into the air every second. 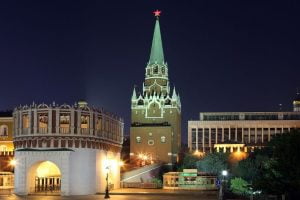 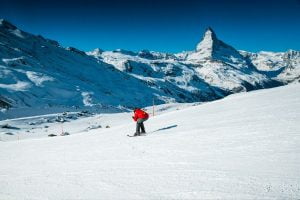 A great area for hiking in the summer Zermatt is still at its best in winter as a great Ski resort, with reliable snowfalls each year. Zermatt is among many of the tallest mountains in the alps and close to the Italian border. The skiing itself is the highest skiing area in the alps but despite this it is well developed and offers great facilities.

You have a great choice of restaurants and hotels here, most are expensive but you can come here on a budget as well with some cheaper accommodation too. There’s a good choice of slopes and lifts as well with something for all difficulty levels. One important thing to remember is that cars aren’t allowed in the town, unless you have an electric powered car that is, therefore you will need to come in by train and then allow for the cost of getting around. 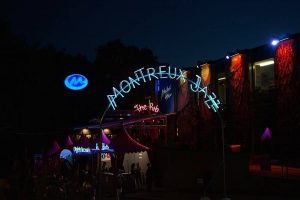 Montreux is on the edge of the fantastic Lake Geneva but despite the idyllic setting, it is far from the peaceful Jazz festival that Montreux is most famous for.

Montreux Jazz festival is in fact more of a general music festival with a focus on Jazz, in 2012 artists include Jazz Legends Herbie Hancock and Buddy Guy as well as the likes of Bob Dylan and contemporary performers like Jessie J.

The great range of different music is part of the attraction of course but It is perhaps the atmosphere as much as the music people visit for.

Switzerland’s biggest city also has its best shopping; you can buy Swiss Chocolate, Watches and take out a Swiss Bank account here but Zurich also offers fabulous shopping for high fashion clothing and top of the range electronics. Bahnhofstrasse (Station Street)  is the main and most famous Zurich shopping street with many of the most expensive shops, though most of the shops in Zurich seem to be fairly expensive. The old town is also good for shopping with plenty of great bars and restaurants mixed in. One of the World’s best Carnivals it may totally shatter the views you have of the Swiss it is just as loud, bright, and exciting as Carnivals in Rio, London, and Bali. It does however have a Swiss flavor including the fact it starts at 4’O Clock precisely, on the Monday after Ash Wednesday, and lasts for exactly 72 hours and not a minute more or less. A small city high in the Alps Interlaken is a popular destination for the Swiss and tourists from outside the country. The small city is between two stunning alpine lakes, hence the name, and many of the sports on offer make use of them.

Get out onto the lake for canoeing, kayaking sailing, windsurfing, and in summer jump in for swimming in the fantastic clear and fresh waters. Off of the lakes, Interlaken is a popular base for hiking and cycling: especially mountain biking, though if you aren’t used to steeper hills you will want to get in some training before your trip.

8. Hike to see the sunrise at Mt Pilatus 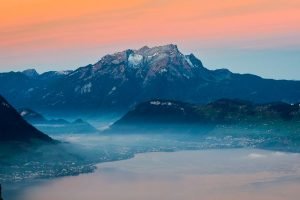 You actually don’t have to hike to the 2128 meter summit of Mount Pilatus as a cog-wheeled railway can take you up, but hiking is far more rewarding. The view is certainly worthwhile and at sunrise, tourists flock here; you may also spot the dragon that is reputed to live on the mountain as well: and all of this from the warmth and comfort of the restaurant located just below the summit if you wish. 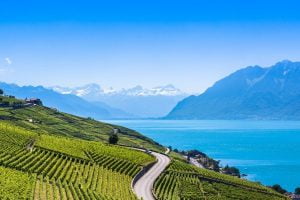 Geneva has a peaceful aura about it and so it may be no surprise that many of the UN’s departments, as well as the Red Cross, are based here. These are based on one hill, sometimes known as International Hill, in the center of the city and include the Museum of the Red Cross and the Red crescent organisation documenting their previous and current work.

10. Take in the tranquility of Lugano and its valley setting Lugano is in the Italian-speaking part of Switzerland: sandwiched in a valley between two mountains it is most famous for its frescoes including 16th-century frescoes at the Cathedral San Lorenzo and the huge Crucifixion fresco at the Church of Santa Maria of Angluli. Basel is in west Switzerland at the point where the borders of Switzerland, France, and Germany meet; mainly in Switzerland the city has three main stations one for each country; the international airport serving the city is actually in France, which has led to some administrative issues in the past.

Basel is well off for architecture and art in its several museums and galleries with influences from all three countries, spanning many centuries of history. This architecture includes the bridges that cross the Rhine into France and the grand Romanesque Cathedral

St Martin’s Tower at the Munster Cathedral gives views not just of Basel itself but of the surrounding mountains of Switzerland and France and of the Black Forest across in Germany: one of the most stunning vistas the world has to offer. The second-largest building complex in Europe the Palace was originally built as the home of the ill-fated League of Nations. The UN now has many offices here for several of its departments as well as this serving as the UN’s European Headquarters. You can however still tour much of the site including the Assembly Hall and Council Chamber. Bern is actually Switzerland’s capital though by no means its largest or most important city: it is certainly though a cultured city with a lot of history to take in.

Bern’s Old Town dates from the Middle Ages and remains unspoiled; it is now a UNESCO world heritage site and features some four miles of arcades featuring a variety of shops including those selling traditional local and Swiss goods as well as shops from international brands. Zurich has a very good quality zoo; located on Zurichberg hill with lots of new modern enclosures for the animals including a new Lion’s den development. Other popular animals on show include Tigers and, Gorillas.