Telangana is situated in the northwestern part and is just adjacent to Andhra Pradesh. This state was formed on 2nd June 2014, as it is the youngest state in India. The state is newly formed, but then also there are many places to visit in Telangana. There are many forts, monuments, temples, and forests, which will help you to explore this state. It is having its rich history and culture. There are two rivers flowing in this state named Godavari and Krishna. The people of Telangana are mainly engaged in agriculture. There are some manufacturing industries, which are engaged in various fields like automobile components, minerals, textiles, pharmaceuticals, and many others. It is the most beautiful religious destination in India. Places to visit in Telangana are:

Hyderabad is the capital of Telangana. It is situated along with the banks of the river Musi. Hyderabad was built by Muhammad Quli Qutb Shah, in 1591. In ancient times, it was called as the pearl and diamond trading center and was known as the City of Pearls. Whether it’s the history of this city or the present day, in both ways, it is beautiful places to visit in Telangana and it is mainly famous for business tourism. Now Hyderabad is known as Cyberabad, because of having industries of information technology and software. It is a metropolitan city with various cafes, malls, offices, and temples. After some time it will be turning into the New York of South India. Places to visit in our Hyderabad:

Karimnagar is located on the banks of the river Manair. It is the main hub of education and healthcare in Telangana. This city was founded by Syed Karimuddin. It is the ‘best places to visit in Telangana if you like to see ancient tools and materials.  The history of this state is very old, around 1,48,000 BC. Karimnagar was ruled by many dynasties like Shathavahanas Mourya Kings, Asafzalu Kings, and others. The age of this city can be seen through the various materials, which can be founded there. Some people say that this city is as old as the age of an old stone. Places to visit in Karimnagar are: Medak was founded in 1952. It was ruled by the very powerful Kakatiyan dynasty. In ancient times, it was known as Sidhapuram, laterally it was changed to Gulshanabad. Medak is having the Cathedral Church, which is the largest church of Telangana and Andhra Pradesh. It was built by Wesleyan Methodists. But now it was ruled by the diocese of Medak and it is the single largest diocese of Asia and the second largest of the world. There are the tourist places to visit in Telangana, which will give you the experience of unique rock paintings, that go back to the Neolithic Era. Places to visit in Medak are: 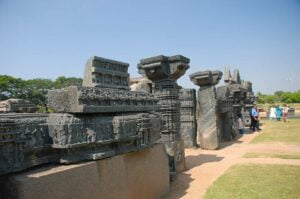 Warangal is the second largest city in Telangana. This city was ruled by Kakatiya Dynasty. There are many monuments, lakes, temples, and stone gateways, which are left by this dynasty. In ancient times it was known as Orugallu. Warangal is a heritage city of India. If you want to see the ancient buildings and forts of kings, then it is the perfect places to visit in Telangana. There are many archaeological sites and various pilgrimage spots, which will help you to explore the city. Places to visit in Warangal are: 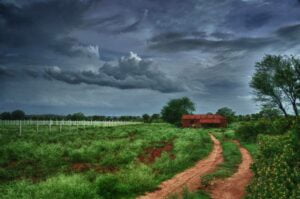 Rangareddy was formed in 1978 when it was spilt from Hyderabad. The name of this city was kept after Konda Venkata Ranga Reddy, who is the freedom fighter of this state. There is the film city known as Ramoji, which is used for shooting films and is a beautiful theme park. ‘Telangana tourism’ is incomplete without this district, as it is famous for its temples. The temples of this place are designed by various architectural designs. Places to visit in Rangareddy are:

Nizamabad is situated at the banks of river Godavari. It was founded in 1905. It is an agriculturally advanced district. There you will get to see the two large dams, names as Sriram Sagar Dam and Nizam Sagar Dam. It is the major places to visit in Telangana. All places of this city can be covered in one day, after that you can go to Hyderabad, to spend your weekend, it is just near to it. Places to visit in Nizamabad are: Mahbubnagar was earlier known as “Rukmammapet” or “Palamoor”, the name of this city was changed on 4th December 1890, in the glory of Mir Mahbub Ali Khan Asaf Jah VI. It was the Princely state of Hyderabad. Mahbubnagar was ruled by Satavahanas and Chalukya Dynasties. The major tourist attraction of this place is ‘Peerlamarri’, which is a 300-year-old banana tree spread in an area of 3 acres. It is among the very famous ‘places to visit in Telangana’, mainly known for its ancient temples and palaces. Some attractions of this place are: Khammam is situated on the western side of the Munneru River. This is also known as the Coal Town of South India, because of the large production of coal and coal minerals. It is known for its mixture of traditional and urban lifestyles. There are many chemical and agro-based industries. The name Khammam was derived from, the name of an old temple known as Narsimhadri. Khammam is mainly famous for its Khammam fort which was built in 950 A.D. It has various lakes, temples, forts, and a wildlife sanctuary, which makes it historic tourist places to visit in Telangana. There you will get to see the various rock paintings. Places to visit in Khammam are: 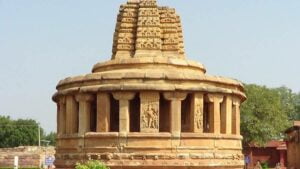 Nalgonda was earlier known as Nallagonda, which means black hills, but it was changed by the Nizam kings. This place is located on the hills. When Rajput kings were ruling they named this city Neelagiri. There are many rivers flowing through this city like Dindi, Musi, Paleru, Krishna, and Peddavagu. Nalgonda is the single ‘tourist places to visit in Telangana, which is famous for its hills forts, and palaces. Places to visit in Nalgonda are: 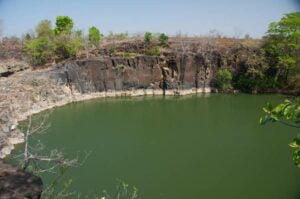 Adilabad is the second-largest town in Telangana. This town was ruled by various dynasties like Chalukyas, Asaf Jahi’s, Mauryas, Qutub Shahis, and Satavahanas. It will give you the full experience of majestic waterfalls, historic monuments, and temples. Adilabad is well-known for its handicraft industry. There is the beautiful temple known as Basar Saraswati Temple, which is located at the banks of river Godavari. Places to visit in Adilabad are:

A visit to the ancient forts

The most eye-soothing and soul-dancing environment could be spotted only at the lap of nature. The cool pristine surrounding of Telangana has much to offer to nature lovers.