Lord Shri Ram was born in Ayodhya itself, hence Ayodhya is known as Shri Ram Janmabhoomi, due to this it is a holy pilgrimage place for the people of Hinduism, along with Hindus, it is a pilgrimage place for the religion of Islam, where it goes here in the 16th century But there was the Babri Masjid. For this reason, Ayodhya is the main tourist destination to roam in Uttar Pradesh. On reading or listening to the name of Agra, our mind goes directly to the Taj Mahal, in addition to the Taj Mahal in Agra, there are many Mughal buildings including the Taj Mahal, Agra’s Red Fort, and Fatehpur Sikri, all these places are included in the UNESCO World Heritage Site. Agra has a cultural heritage. To see the Taj Mahal up close, one must visit Agra. 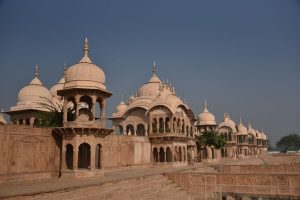 Lord Shri Krishna was born in Mathura, hence it is also called Krishna Bhoomi. Mathura is a major city for the Hindu people. Mathura was once a Buddhist center and was home to thousands of monks and many monasteries, today the remains of old places are beautiful sculptures recovered from the ruins. Hence, Mathura is one of the most visited places in Uttar Pradesh. 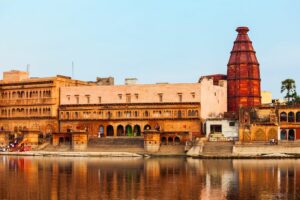 Vrindavan is a major tourist destination near Mathura. Just like Mathura, Vrindavan is associated with Shri Krishna, due to this Vrindavan is also a major destination for the people of the Hindu religion, these two cities are connected with each other, dozens of temples, Old and modern, dot the city and they come in all shapes and sizes and hold their own peculiarities and stories. And all the visitors in Vrindavan have to face the monkey, who has fun all the time there. The capital of Uttar Pradesh, Lucknow, known as the city of Nawabs, is a truly royal touch of this capital of Uttar Pradesh. Apart from the posh bungalows of politicians, the royal Legislative Assembly, and the beautiful railway station, Lucknow is a perfect example of the pride of Awadh. Lucknow has the reputation of recognizing the finger-licking good Awadhi cuisine, whose aroma fills the air and satisfies the soul of any food lover. The capital is growing from a reflection mogul and architecture into a metropolitan city with each newly inaugurated bar and lounge, improved streets, and massive parks.

Varanasi, formerly known as Banaras, is a major city situated on the banks of the river Ganges. Varanasi is also known as the religious capital of India for Hindus. Varanasi is one of the most sacred places for people of the Hindu religion. The river Ganges flows inside which gives a pleasant atmosphere, where the shrine of Shiva devotees and the house of sadhus with some bizarre costumes, Varanasi is definitely a must-see place in Uttar Pradesh. So you too must visit Varanasi once. Prayagraj was earlier known as Allahabad. It is believed to be a major tourist destination for Hinduism as Brahma Ji, who created this creation, he first landed at this place on earth, besides three rivers Ganga, Yamuna, and Saraswati on each other on the banks of Prayagraj. There is a merger called Triveni Sangam, after every 12 years, there is a Kumbh Mela in Prayagraj, in which lakhs of people take part, due to this, it is one of the major tourist places for all of you. Must enjoy. 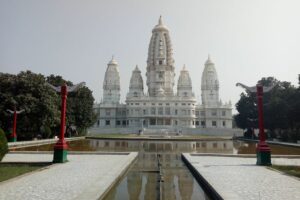 Fatehpur Sikri was built by the Mughal King Akbar in the 16th century. It is the best-preserved example of Mughal architecture in India in the Agra district. Some important buildings and tourist attractions in Fatehpur Sikri are Buland Darwaza, Jama Masjid, Salim Chishti’s Tomb, and Panch Mahal. Many ancient palaces are found here to remind us of the old settlement

Jhansi’s queen Laxmi Bai was Jhansi’s only Jhansi is a lesser-known city of Uttar Pradesh, located in Bundelkhand, Jhansi is a prominent place for mixing religion, history, and beauty, Jhansi is a major but famous with the popularity of tourism.