Venice is the city on the lagoon, literally on it for much of the city as many buildings are of course built on stilts sitting on the water round the edges of the small island on which Venice sits: from the moment you realize this you should realize that Venice is going to be a totally unique city.

The romantic charm you would expect from Venice comes not from a few major landmarks but more from the city as a whole that is mainly late Middle Ages and Renaissance built and has barely changed for 400-600 years. What stops Venice being as romantic as it could be is the crowds in summer, it may therefore seem more magical outside of the high season: with May or September good times to go, prices for Gondolas, food, and hotels may all be lower as well.

Places to Visit in Venice St Marks Basilica, the City’s best-known church on St Mark’s square: a beautiful example of Byzantine architecture resulting from the close trading relationship the Viennese had with the Byzantine empire in the 13th and 14th centuries. The Cathedral Church includes fantastic Golden Mosaics that themselves make a visit a must but if you have even a passing interest in architecture the structure and design will tantalize. 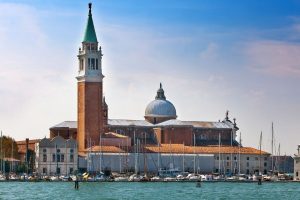 The bell tower of the St Mark’s Basilica is often used as a symbol for the city as one of its most unique features. Originally built in 1514 this early brick tower collapsed in 1902 and was rebuilt in 1912. This is the tower where Galileo Galilei demonstrated his telescope to the then Doge of Venice Antonio Priuli. Now you can visit the tower to get great views of the city as well, from what is and long has been one of its highest buildings. The city-state of Venice was independent for some 700 years and the Doge’s palace is where the elected head of the city would reside, himself a part of a council of men who were part of the senate of up to 300 men.

Constructed primarily in the 14th century the Doge’s Palace is in a gothic style marking it out from the rest of Venice perhaps but with such a hotchpotch of styles, it still feels an integral part of the city’s fabric.

4. Beaches on the Lagoon Venice is in the middle of a large Lagoon on an island but around the rest of the lagoon are a number of beaches, mostly small, secluded, and often only reachable by water. A day on the beach is ideal as a break from sightseeing, especially if you are in Venice for a week or longer when constantly walking around sites can leave you with tired feet and a desire to get away from the crowds for a little while, which you won’t get on the Lido beaches. A Gondola ride is very expensive and you may choose to go for another option for taking to the water such as water bus or water taxi: these are more for getting around though whereas a gondola ride is more to let you take in the city and perhaps as a very romantic trip, depending on who you are with. If you do go for a Gondola ride don’t be worried about negotiating a better price and you may be able to pay much less if you are willing to take a shorter trip. A beautiful bridge and another of Venice’s most recognizable structures; spanning the Grand Canal it is one of four bridges to do so but also the oldest, it was completed in its current form in 1591. With two steep ramps on either side to get across, larger boats can fit underneath and of course, Gondoliers don’t risk bumping their heads.

Alongside the bridge is an area with a few expensive restaurants but generally restaurants that also serve good traditional Viennese food. Don’t make the mistake of going for what you may think of as traditional Italian dishes but go for Viennese specialties such as Polenta, and Rice-based dishes like Risotto; Cuttlefish is also a local delicacy with the ink as a sauce. The Rialto markets have been a fundamental part of Venice for over a thousand years and still operate today. Markets include fruit and vegetable markets, fish markets, and other wholesale markets but there are also plenty of opportunities for shopping here as a tourist: especially if you are self-catering and want some fresh ingredients. 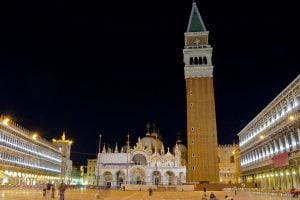 Saint Mark’s square in front of the Cathedral and the location of the tower deserves its own mention; it is Venice’s main public square and will be instantly recognizable from dozens of films as well as a location in novels and poetry. An important meeting place for centuries the square is surrounded on three sides by arcades mainly from around the 16th century. 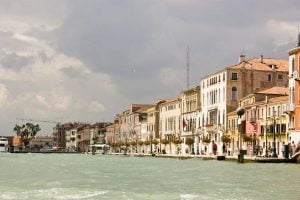 A walk along the Zatere is probably the second-best way to take in Venice, if you are on a budget it is certainly more affordable than a Gondola. The walk goes along the Canale Della Giudecca one of Venice’s two most important Canals and takes in many of the cities most luxurious and historic residences. The Correr Museum is off of St Mark’s square and houses one of the city’s best and most varied collections including a library hall an Archaeological department with Roman pieces, a picture gallery, and a marvelous collection of globes for something you won’t see anywhere else. Venice’s most important art museum and also one of the best in Italy, the museum houses paintings mainly by Venetian masters and all pre 19th century including paintings by Lotto and Da Vinci among others. A famous Italian Patisserie that if you have a remotely sweet tooth you should visit during your stay in Venice. Apple Pastries, Chocolate Croissants, and Beignets are among the specialties. 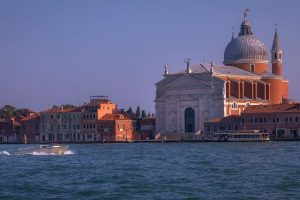 Not a lido like the swimming pools in the UK but a sand bar, this 11km long island is a residential area but also has great, but busy, beaches to visit and is home to the Venice Film Festival. The Lido is only just across from the main island where the center of Venice is built and can be reached by water bus or water taxi.

FacebookTwitterPinterestEmailLinkedInWhatsApp
Tags: Beaches on the Lagoon, Places to Visit in Venice, Rialto Bridge
Search here…
Start your own Website