Where is Tamil Nadu?

Tamilnadu Travel Guide: Tamil Nadu is located on the southern tip of India, sharing its boundary with the states of Pondicherry, Kerala, Karnataka and Andhra Pradesh.

What is the state famous for?

The state of Tamil Nadu is mostly famous for its innumerable temples built in the Dravidian style of architecture. The most famous of all the temples is the Brahadeeswara Temple at Thanjavur.

What are the main spoken languages?

Tamil and English are the main spoken languages of the state.

Which are the important cities? Chennai, the capital of Tamil Nadu, is the largest city of the state. Marina Beach, the longest in the country, is the key attraction of the city. Other attractive features of the city are Fort St. George along with other fine churches. The city is also home to the Tamil Film Industry.

The city of Tiruchirapally or Trichy stands on the banks of river Cauvery. The city is known for its rich historical and cultural legacy. Rock Fort is an important landmark of the city. It is home to many historical churches, monuments, churches and mosques.

Coimbatore is situated at the banks of river Nayyal, which is surrounded by the Western Ghats. It is mainly known as Manchester of South India, because of the large production of Cotton. This city is the main hub of textiles, technology, commerce, healthcare, industries, education and information Technology. It is one main places to visit in Tamil Nadu. Coimbatore is sometimes referred to as ‘Pump city’, because half of India’s motors and pumps are supplied from here. Places to visit in Coimbatore are:

Madurai happens to be the second-largest temple of the state. It has acquired worldwide fame for its celebrated Meenakshi Temple. The temple magnetises devotees, worshippers and students of Dravidian culture and history from all around.

Tanjavur was the capital of the erstwhile Cholas. The city is situated in the delta formed by river Cauvery. Popular attractions of the place are Brihadeeswara Temple, Raja Museum, Art Gallery and Saraswati Mahal Library. 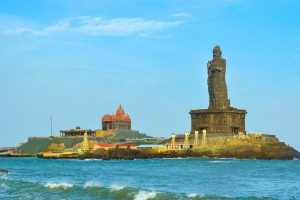 Kanyakumari is also known as Cape Comorin. It is situated at the tip of the Southern region of the peninsular region in India. This city is famous for the Hindu pilgrimage. Kanyakumari comes in the best ‘places to visit in Tamil Nadu’. Temples, beaches, memorials, waterfalls and white sand shows the distinguished scenic beauty of this place. Kanyakumari is a picturesque spot. You can enjoy the Cape festival, which takes place in the month of October for 3 days. In Kanyakumari, there is a rock memorial known as Vivekananda, which is located at the place where three oceans meet. The handicraft of this place is very cheap, so you can buy them. Places to visit in Kanyakumari are: 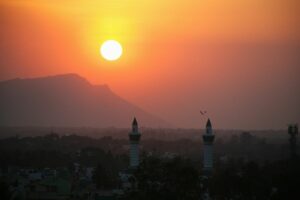 Vellore is also known as Rayavelur and sometimes Vellaimaanagar. This city is the major exporter of leather finished goods. It is situated in the northeastern parts of Tamil Nadu, at the banks of river Polar. In history, this city is undergone various rulers like Bijapur Sultans, Hoysalas, Pandyas, Pallavas, British and many more. A unique thing that makes it the best ‘Tamil Nadu destination’, is the glamorous carvings and Dravidian style of architecture. Places to visit in Vellore are: Mahabalipuram is famous for its rock temples and stone carvings. This city was built in the 9th century. This city of Pallavas comes in the well-known places to visit in Tamil Nadu. Many monuments of this place come in UNESCO heritage sites. At the sides of the Ganga River are some walls, on which different shapes are embossed, that are very attractive to see. Many temples of Mahabalipuram, had taken 100 to 200 years for their planning and build. Some monuments and temples of this place are just carved with a single rock. The people who like to see architectural monuments, this is the best Tamil Nadu destination. Places to visit in Mahabalipuram:

Ooty is located in the Western Ghats Ooty is also known as the Queen of Hills and Blue Mountains. It is a very beautiful hill station in India. Everywhere you will get to see the lush greenery in the loft hills. Some hills of Ooty, are of the Nilgiri range, where Western and Eastern Ghats meet each other. It is a beautiful places to visit in Tamil Nadu, especially for honeymooners. Kodaikanal is known for its scenic beauty and has attracted a large number of visitors. There are many waterfalls, Wildlife Sanctuaries, Lakes, Houseboats, Tea estates, gardens and many other attractions. Places to visit in Ooty are: Madurai is located on the banks of river Vaigai. It is very famous for its temples. This city is one of the oldest cities of the world. The city is an educational and industrial hub of Tamil Nadu. Madurai is rich in culture and heritage, from the Tamil era (around 2,500 years old). There are some famous temples like Meenakshi Amman Temple and Tirumalai Nayak Palace, and many other historical monuments are also there, which have their own history. Tamil Nadu tourism is incomplete without, this place. Madurai is one of the most developed and smart cities in India. Some famous attractions of Madurai are: 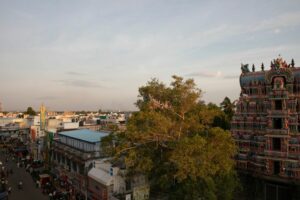 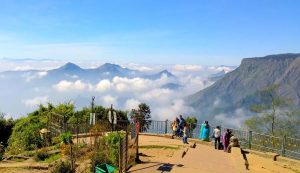 Kodaikanal is situated in the hills of the Dindigul District. It is also known as ‘Princess of the Hill Station’. This hill station is the best honeymoon destination. The meaning of Kodaikanal is the gift of the forest. If you are thinking to spend your time with your beloved ones, then Kodaikanal is a very attractive places to visit in Tamil Nadu There are a huge variety of trees and plants, a unique type of rocks. The natural beauty of this place is enhanced by the majestic waterfalls. Places to visit in Kodaikanal are: Kanchipuram is also known as the Golden City of Tamil Nadu. It is located at the banks of river Vegavathy. It is called to be the city of Thousand temples. As this is one of the religious places of Hindu pilgrimage. Many temples of this place are uniquely architectured, in the Dravidian style. If you like to wear sarees, then you will get India’s finest sarees here. The people who like to see a different style of architecture, then it’s the perfect places to visit in Tamil Nadu. Some attractions of Kanchipuram are:

Where are the main airports located?

What does climate say?

Tamil Nadu experiences a tropical climate. Summers are hot with the temperature reaching up to a maximum of 43 degrees centigrade. During the winter temperature drops down to a minimum of 18 degrees centigrade. October to December is the time of the monsoons. The best time to pay a visit to the state is between November and February. The average annual rainfall of the state ranges between 635 and 1,905 mm. The best period to visit is from October to March.

Which are the chief pilgrimage destinations?

Which are the popular hill stations?

Ooty or Udhagamandalam is aptly called the ‘Queen of Southern Hill Stations’. British Collector John Sullivan stumbled upon the site and decided to turn it into a summer resort for the people of South India. Nestled in the Nilgiri Hills, Ooty invites tourists, visitors, honeymooners and holidaymakers from every corner of the world. The attraction of the place is the Botanical Garden, Ooty Lake, Lamb’s Rock, Kodanadu and Dodabeta peak. Kodaikanal is another most-frequented hill resort of the country. With its wooded slopes, gigantic rocks and mesmerising waterfalls, it proves to be an idyllic hill station for visitors. Here, there is a lot to explore and enjoy including Lake view, Pillar Rock, Belgium Lake, Bryant Park, Coaker’s Walk, Silver Cascade, Bear Shola Falls etc.

Which are the famous wildlife sanctuaries?

What can be the best buys?

Exclusive traditional items like Kanchipuram silk, Pattamara mats, handicrafts from Tirunelveli, bronze and brass castings, jewellery from Kumbakonam, metal works from Tanjavur and stone sculptures from Mahabalipuram are widely popular all around the country. Chennai is known for its south Indian silk while Madurai is famous for its readymade garments.