Manchester is a big city that at first glance may seem to have no real history as London does: it doesn’t take long to realize this is far from true.

Though Manchester only really started growing in the 18th century though, its history stretches back to Roman times when the fort of Mancunium was founded.  The 18th and 19th-century industrial history however are itself fascinating and surprisingly alien to us today.

Manchester is also a major cultural center through a great nightlife with fantastic clubs and live music as well as being a major center for sports including major soccer teams, Lancashire Cricket Club and in 2002 Manchester hosted the Commonwealth games.

Things to do in Manchester Manchester’s famous China town is the largest in the UK; it expanded quickly in the late forties and fifties following labor shortages after the second world war and now has a thriving Chinese community: as well as attracting those with an interest in Chinese culture, art and of course food. Manchester’s Chinatown has many fantastic Chinese restaurants many serving more traditional and authentic Chinese food than you will find in many towns and cities. Manchester is known for its nightlife so if you haven’t got any children in tow head out for the night and if you do have kids with you find a babysitter and enjoy a night you won’t forget.

Manchester has a massive student population and also is a popular destination for Hen Nights and Stag Nights so things can get lively and not just at the weekends. There are some clubs mainly frequented by locals, some for students and some for hen and stag nights but the best mega clubs are a mix of everyone with a mix of music too, often over several floors and rooms.

The World’s oldest passenger train station is Liverpool Road Station of Manchester, no longer in use it is now part of the Museum of Science and Industry in Castlefield. Opened in 1830 on the Liverpool and the Manchester railway, the world’s first-ever inter-city passenger service, the station is still much as it would have appeared when new, including the original frontage.

Built-in a Rotunda style with a Corinthian Portico entrance this library is a classic design with obvious influences from the Pantheon in Rome, though is the main city library, found next to the town hall.

The design of the library makes it look much older than it is, dating from the 1930s, but whenever it’s from it is a stunning photogenic building. Inside as well as the main collection of books, you will find extensive collections of books and records relating to local history.

The capacity of Manchester United’s Old Trafford ground is over 75,000 and many matches see the ground at the capacity that many people in one place unsurprisingly create quite an atmosphere so whether you choose to support Manchester United or the visiting side you won’t be able to help yourself getting right into things, even if you aren’t much of a soccer fan.

Watch Lancashire County Cricket Club at the other Old Trafford 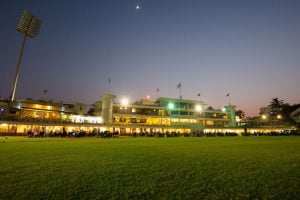 A lot of people from outside the UK are soccer fans or at least understand the game, cricket is less well understood outside of  England and the British Commonwealth and it isn’t a game you pick up all the rules of quickly. You may however be able to pick up the basics with a bit of help from regulars.

If you want to take in this traditional British game though Old Trafford (a separate cricket ground close to the football ground) is one of the country’s most famous grounds and as well as being the home of Lancashire Count Cricket Club often hosts test matches and other international matches. A test match generally lasts 5 days though you normally buy a ticket for one day, you can come and go through. You may however prefer an evening twenty/twenty match that is shorter and more fast-paced; though some traditionalists don’t accept that this is true cricket.

See the inside and outside of Manchester Cathedral Only becoming a Cathedral in 1847 when a new Diocese was formed for the position of Bishop of Manchester, the Cathedral was originally a Medieval church that has seen ongoing changes, rebuilds, and repairs throughout its history: most recently with repairs following the Manchester Blitz during the second world war where the cathedral received substantial damage.

The Cathedral nonetheless now stands as one of Manchester’s few pre-18th-century historic buildings and is in the Gothic Style with earlier features more evident by taking a tour inside.

Take in both 1st century and 18th-century history at Castlefield

Manchester was an important fort in Roman times named Mancunium from which the city got its modern name and it is the Castlefield area that was where the original fort was located. There is now a section of the reconstructed fort at the site as well as a few small sections of foundations.

A lot of buried Roman artifacts may have been lost when this area was industrialized: many say that the arrival of the Bridgewater canal into the Castlefield area of Manchester was when and where the Industrial Revolution started; the canal can still be visited today as can some of the old warehouses. 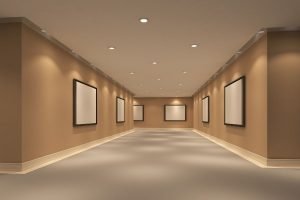 If you don’t like Lowry, and he is an artist that most seem to either love or hate, then there are also collections by other artists: many of the local and some with their own take on Manchester and Salford’s Industrial landscape.

The works of L.S Lowry though are the main attraction here and there are some 400 or them here: each with their own stories and lives caught within them.

Go back in time at Quarry Bank Mill The Industrial Revolution changed not just Manchester or even Britain but the entire world and it all started in Manchester and other towns and cities around this area. The Quarry Bank Mill is a living museum taking you back in time to see how a cotton mill worked and how the workers in such places sacrificed to make Britain great.

The machinery is still here and still in motion most of the time: meaning you can take in the sights, sounds, and smells of the giant wheels powered by the huge waterwheel as well as steam engines. The Imperial War Museum has sites in London, at Duxford, and here in Manchester. If you’ve enjoyed the main museum in London you will find that the exhibits here will still be fascinating and this is by no means a carbon copy of the London museum as it has different exhibits and exhibitions that cover modern conflicts, conflicts from the 20th century and earlier. The Canals made Manchester the great city it is today and were essential during the industrial revolution to get markets to ports such as Liverpool from which they could be exported around the world.

The Manchester Ship Canal runs from Liverpool to Manchester and on to Salford and is a grand achievement but some of the smaller canals and older canals such as the Bridgewater canal are equally interesting so take a tour that takes in several and includes a good guide.

Once you have taken the Canal trip you may find you have several more ideas of things to go and see and do and attractions pointed out by your guide, this list is by no means a collection of everything Manchester has to offer; there is much more and you will have to find the parts most of interest to yourselves.