While United Arab Emirates, Saudi Arabia, or Iran might be last on a traveler’s list, these places are definitely worth visiting and exploring. However, you need to be extra cautious when traveling to Gulf Countries. It is important to know the rules and regulations before you travel to such places or else you could be in serious trouble. Despite being dangerous, Gulf countries are visited by thousands of westerners each year. Here’s what you need to take care of.

Keep a copy of your passport at home

Always carry an electronic copy of your passport and don’t forget to give some photocopies of your passport to friends and relatives in your home country. In case a problem arises, an extra copy of the passport is very helpful.

Don’t wear exposing clothes in public places and these are a strict NO in Saudi Arabia. Women need to wear a headscarf and jackets. In places such as Dubai, the culture is a bit liberal than in other Gulf countries. For instance, in Dubai, you can wear bikinis but only at tourist places such as beaches. In nutshell, dressing modestly takes you a long way in such countries. Next, when it comes to taking photographs, be extremely careful. Don’t take photographs without permission especially when it comes to government buildings, airports, military sites, etc.

Alcohol is illegal in most of the places in Gulf countries such as Saudi Arabia and Iran. Here, drink at your own risk. On the contrary, you can drink at pubs and restaurants in Dubai. Never drink and drive in these countries, it only invites troubles!

For some of us, it’s just too difficult to take our eyes off veiled Muslim women. While there might not be a wrong intention behind this, but refrain from doing so. This behavior generally invites hefty fines and even imprisonment in some cases.

Men and women cannot hold hands in some Gulf countries such as Saudi Arabia whereas it’s OK to do so in Dubai. But in both these places, you cannot kiss in public. If you do so, be prepared to pay a fine or face imprisonment. It’s best to control your emotions in public places.

Avoid renting cars in countries such as Iran unless you have an international driving license. It’s best to avoid driving because reckless driving is not uncommon here.

Is it OK to travel solo?

You can travel alone in places such as Dubai but in Iran, you need to be a part of a private or guided tour. It’s recommended for you not to travel alone in Gulf countries. In case something goes wrong, you will be left stranded all alone. 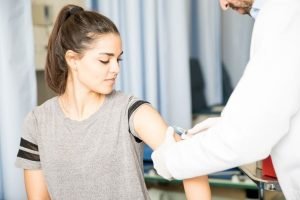 Never leave your home country and head off to such destinations without getting vaccinations and buying travel insurance. These countries are more prone to epidemics and political unrest. Take Hepatitis A and B vaccinations and don’t forget typhoid one too.