Top 9 Places to visit in Ayodhya Top 9 places to visit in Ayodhya

Places to visit in Ayodhya: Ayodhya, who does not know the birthplace of Lord Rama, Lord Rama was born in this holy land, and he spent his life in this place, this place is one of the 7 most sacred places of Hinduism. Ayodhya was founded by the Hindu deity Manu and it is believed that this city is 9000 years old, it was ruled by the Surya dynasty in which Lord Rama was the chief king.

This land is not only important for Hinduism but also for Jainism, Buddhism, and Islam religion. Five Tirthankaras of Jain belief were born in Ayodhya including Tirthankara Adinath (Rishabhdev). 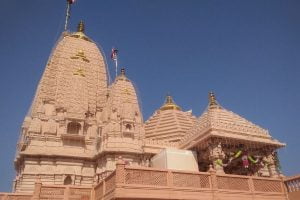 Ayodhya is the birthplace of Lord Rama, Lord Rama was born in this land as the 7th avatar of Lord Vishnu, here was the temple of Lord Rama from olden times, but during the Mughal reign, the Mughal Emperor Babur demolished this temple in 1528 of the mosque. It was built but after that in 1992, this mosque was also demolished, then the case related to this case continued, and presently the Ram Janmabhoomi was approved by the Chief Court of India, and the construction of the Ram temple stuck for so many years. The matter was accepted by all sections with communal harmony and the verdict was welcomed. There is a temple of Lord Rama’s servant and the richest Lord Hanuman of Bhujbal, Hanuman used to protect Ayodhya by staying in this temple. This temple is one of the most popular temples in the city and is situated in the center of the city, for this you have to climb 70 stairs. The main temple is the idol of Lord Hanuman Ji and his mother Anjani, Hanuman Ji is seated in his mother’s lap, and Lord Hanuman Ji fulfills your wish. The temple is decorated during any Hindu festival.

This temple is situated on the Nayaghat on the banks of the Saryu river in Ayodhya, this is the place where Lord Rama performed the Ashwamedha Yagna. Pooja is done in this temple, there is a statue of Rama Lakshmana and Sita, which was carved from the stones of black sand in ancient times, it is said to be Lord Rama, the Thakur of Treta. 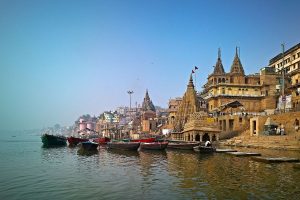 It is at this ghat itself that Lord Sri Rama took water samadhi in ancient times, this ghat is situated on the banks of the river Saryu and it is one of the main holy places for Hindus, here there are temples of Narasimha Lord and Rama Sita in these temples. During the time of Aarti, you can see the sunset and sunrise from here.

From the Hindu civilization, now an Islamic place famous for visiting Ayodhya, Gulab Bari was built by Nawab Shuja-ud-Daula, the third Nawab of Awadh, near the mausoleum in Faizabad. In this turn, there are many types of rose species whose fountains offer amazing views to our eyes. It has been built in the Nawabi style which is a blend of Hindu Mughal style, it is famous for its rose variety and mausoleum. 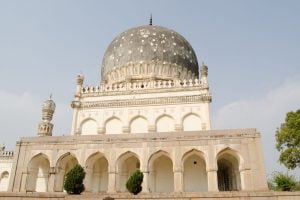 This mausoleum is one of the famous mausoleums of Ayodhya and was built by Nawab Shuja-ud-Daula as the residence of his daughter-in-law Begum. It is made of marble stones in the Nawabi style. It was built as an alternative to the Taj Mahal. This tomb is built in 200 years of Kalpasil architecture which shines in the same way today.

Also known as Pearl Palace, it was home to Nawab Shuja-ud-Daulaki’s wife Bahu Begum, a palace known for its unique architecture in Faizabad. This palace is famous for the Samadhi of Bahu Begum and the extraordinary architecture of pearls.

The conclusion places to visit in Ayodhya

Ayodhya, being a religious city, is famous all over the world and pilgrimage sites of all religions are located here and there is a mixed mixture of Hindu and Mughal architecture. Apart from this, Ayodhya in Uttar Pradesh introduces the mythological and cultural diversity of India.

How can I reach Ayodhya?

To reach by air, you have to land at Chaudhary Charan Singh Airport in Lucknow, it is 130 km away from Ayodhya.

What is famous in Ayodhya?

In Ayodhya, the birthplace of Lord Rama, the following place is mainly famous

Is Ayodhya worth visiting?

Ayodhya, the old capital of Awadh, is one of the most famous places in India where Ayodhya is truly a city full of religious harmony and spiritually accepted.

What is there to buy in Ayodhya?

Being a religious city and Ram Janmabhoomi, you will find Ram Laxman and Sita’s images, photos, and adorned tea certs in Ayodhya as shopping.

Is Ayodhya and Faizabad same?

Allahabad and Faizabad have been renamed as Prayagraj and Ayodhya by the UP government. These two places are the same respectively.