10 Top-Rated Tourist Attractions on the Island of Gozo

Gozo is an island part of the Maltese Archipelago right smack in the middle of the Mediterranean Sea which the Greeks related to being Calypso’s place of exile in mythology. So, if you have already booked your few days on this beautiful historical island, here are the top-rated places you’d want to include in your busy itinerary. The hilltops of Gozo are a sight to behold. It is flaunted on their flag and they boast about the golden hues of their hills. The hilltop in Victoria is a spot that will take you back to medieval times with her historical landscapes where the Cathedral of Assumption is found in the city’s heart. 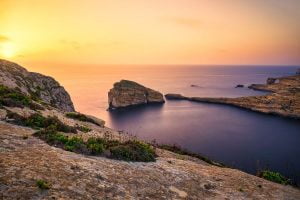 The Azure Window, which was a film location for The Count of Monte Cristo and The Clash of the Titans, was a pride of the island. Sadly, the landmark collapsed after being hit by a raging storm last March 8th. The entire country was devastated but many believed it was bound to happen. But aside from this famous spot, the bay also houses the Blue Hole and the Inland Sea which are both famous dive sites diving centers like the Atlantis Diving Centre in Malta would recommend. Near the bay is a 65-meter-high beauty called the Fungus Rock covered in parasitic plants that the Knights of Saint John worshipped for healing properties. Nadur, which means “to keep guard” in Maltese, is a coastal village overlooking the Mediterranean Sea, enclosed in scenic landscapes and lush greeneries. The highest point of the village is the Ta’Kenuna Tower which offers panoramic views of the whole of Gozo. Gozo’s popular beaches, Ramla Bay and San Blas Bay, are also located less than 3 kilometers away. The country itself was influenced by many cultures for many years which brought about a variety of building styles. The Basilica of Ta’ Pinu was built in the 16th century in tribute to the Virgin Mary and houses 2 museums: The Ex Voto Museum and the Sanctuary Museum. Known to be the world’s third-largest dome, the Xewkija Rotunda is a parish built in the 20th century in honor of St. John the Baptist. The parish is currently the seat of the Knight of Malta and is the island’s biggest religious monument. Agriculture is also something the island takes pride in because of its plant-friendly climate. Ta’ Mena Estates provides one with the chance to enjoy the freshest produce, finest wines, and most popular delicacies the island has to offer. Their free wine and cheese tasting is a top favorite! 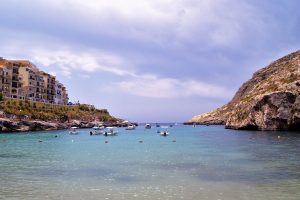 One of Gozo’s oldest fishing villages has become the island’s most popular resort central. The Xlendi bay has changed due to the influx of visitors but the marine life is still kept to its prestige making it perfect for water activities. As one of the UNESCO-listed sites, the temples of Ggantija are monuments even older the England’s Stonehenge and the Pyramids of Egypt. Located in Xaghra, this archaeological find dated 1827 has been preserved and developed for tourists and historians alike. Set near the Ramla Beach on the cliffs of Xaghra, this legendary cave is said to be where Calypso seduced the Greek hero, Odysseus, in Homer’s Odyssey. The cave’s panoramic view includes the vast blue Mediterranean Sea, valley farms, and the Ramla Beach. Also located in Xaghra, Xerri’s Grotto is a cave walled with glistening stalactites and stalagmites. The cave was discovered a century ago while digging for a water well. The tourist attraction is still managed and kept by the discoverer’s descendants.

Gozo isn’t known for nightlife and wild parties so it’s wise to fill your day with visiting the sites the island boasts about. One day won’t be enough to fully appreciate all of these spots. So, enjoy the night peacefully, get a well-rested sleep, and get energized to visit more tourist spots. Or, you can opt for a nice long massage before bed instead!