Chattisgarh is situated in the center east of India and was formed on 1st November 2000. It is one of the fastest developing states of India. The state is having its rich culture and heritage. There are various stunning tourist places in Chattisgarh. In ancient times this state was known as Dakshin Kausal. It is the powerhouse of steel production in the country. There you will get to see the various old tribal culture. Chattisgarh is the Rice Bowl of India, because of the large production of rice in this state. It is the leading state in the production of coal, iron, and tin. You will see that most of the things in this state are unique like culture, and history with its various paintings, rock carvings, monuments, wildlife sanctuary, temples, waterfalls, and many other tourist places in Chattisgarh, is peculiar. The people visiting Chattisgarh can take the enjoyment of everything whether it is culture, natural scenic beauty, and historical monuments. Places to visit in Chattisgarh are: 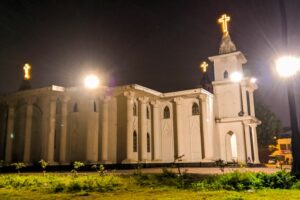 Raipur is the capital of Chattisgarh. This place is having its important mainly in the steel market, as it is the home of the largest steel market in India. Raipur is the beautiful tourist places of Chattisgarh, as you can see everything from temples to lakes. It is the biggest city in Chattisgarh. Various kings and emperors ruled this city like Maurya Empire, Samudragupta, Sharabhpuriya, and many others. Chattisgarh is rich in culture and heritage. You will get to see the various museums, temples, ashrams, and lakes. It is among the richest cities of India. Places to visit in Raipur are:

Raigarh is well-known for its coal reserves and power generation for the country. It has very rich in its culture and tradition. It is one of the ‘tourist places in Chattisgarh’, which keeps its tourists occupied, which means it has many places to visit. Raigarh is having one of the oldest Jute mills of India. The Kosa (the kind of fine silk) of this place is famous in the whole country. It is the cultural capital of Chattisgarh. It is mainly the industrial hub of this state. You will be getting an extraordinary experience when spending your time with the tribal people. So, it is an attractive Chattisgarh tourism site. Places to visit in Raigarh are: 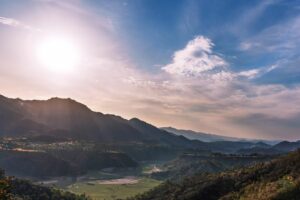 Bilaspur is the second largest city in Chattisgarh. It has the 3rd cleanest and 4th longest railway station of India. In Chattisgarh, you will get the various variety of rice grown, of which one is aromatic rice, which is mainly grown in Bilaspur. It is the main site in the list of tourist places to visit in Chattisgarh.  This city is 400 years old and the name Bilaspur was kept on the name of the fisherman, known as Bilasa. For shopping, you will get many things like different types of silk sarees, various qualities of rice, tribal jewelry, and many more things. It is also known as Dhan Ka Katora, because of its main contribution in the economic sector of Chattisgarh. Places to visit in Bilaspur are: 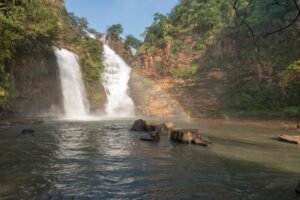 Bastar is located in the central part of Chattisgarh. This place of Chattisgarh is blessed with unique natural and scenic beauty, which will end the research of nature lovers and will give them more exploration. It is one of the “tourist places in Chattisgarh”, which will offer everything that any wants like religious places, wildlife, ancient monuments, waterfalls, forests, historical places, and also adventurous places. The decorative items of Bastar are very beautiful and is the famous handicraft of this place. Places to visit in Bastar are:

Korba is the industrial hub of Chattisgarh. It is located at the north-central part of Chattisgarh. Korba is also known as the power capital of India because it supplies power to the whole nation. There is lush green forest, in which a huge number of the tribal population is living. A special variety of silk is produced in this state, which is used for making high-quality of clothes. Your list of tourist places in Chattisgarh will be incomplete without Korba, as it will offer you the natural scenic beauty, with its man-made monuments. Places to visit in Korba are: 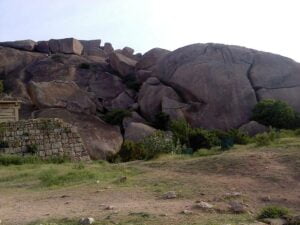 Durg is the third largest city of Chattisgarh. It is situated in the east of the Seonath River, which is in the upper portion of Sheonath Mahanadi Valley. This city is known as the economic capital of Chattisgarh. In the last some years, there are many new industries, that have taken set in this city. It is the main agricultural and industrial hub. The unique and different style of folk dance is famous here. It is that place, which should not be missed from the ‘tourist places in Chattisgarh’. Durg will offer you the beautiful garden which is known as Friendship Garden, which was jointly developed by India and Russia. Places to visit in Durg are:

Bhilai is known as the Steel City of Central India because it is famous for its steel plant and its production in this city. It is the major tourist places in Chattisgarh, because of its famous culture, and tradition, and the people from different corners of India living in this city. Bhilai is one of the major industrialized cities of Chattisgarh. This city is also known as Industrial Cubo, as there are a large number of industries in the city, as well as around it. The people of this city is very simple and cultural. The scenic beauty, of this city, will refresh you totally. Places to visit in Bhilai are: 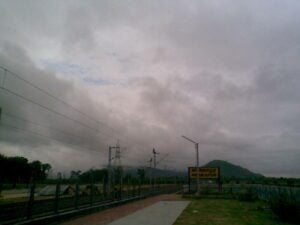 Ambikapur is one of the oldest towns of Chattisgarh. The name Ambikapur was kept on the name of the Goddess, Ambika. This place is famous for its temples. It is believed that in ancient times Lord Rama came here in the 14 years of his exile. This city is having its rich cultural history. Ambikapur attracts a large number of tourists from all over the world, for its various architectural temples. It is one of the historic tourist places in Chattisgarh. Some attractions of Ambikapur are:

Other Places To Visit In Chattisgarh Are: