Himachal Pradesh Tourism and Places to Visit without Miss

Himachal Pradesh tourism is one of the exotic tourism in India that mountain lovers opt to visit. It is a home of scenic beauty as there are several mountain towns. Naturally, the region is popular because of trekking, skiing and climbing opportunities. The chief places that you must visit here, without a miss are: Dharamshala, Shimla, Dalhousie, Kullu and McLeod Ganj, where you will also get options for guided tours. 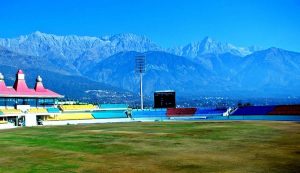 Dharamshala has two distinct divisions- Lower Dharamshala and Upper Dharamshala. The lower region is busy domestic and trading center while the Upper Dharamshala is known as the McLeod Ganj. The Hill station, covered with thick woods and coniferous trees, is engulfed on its three sides by Dhauladhar ranges. It offers you from ancient temples, monasteries, churches to museums, and wonderful trekking trails. Shimla, the capital city of Himachal Pradesh, is one of the most well-known hill stations in India and it is called the ‘ Queen of Hills’. It is surrounded by deodar, pine and oak forests. Viceregal Lodge, Christ Church, The Mall, The Ridge, Jakhu Temple, Kali Bari Temple are the top places for tourism. Being the ideal retreat, Shimla also offers a spot for adventure sports. Dalhousie is another hill station, situated in the Chamba district. This region is located at 1970 m and one of the most visited places in Himachal. Snow covered mountain peaks surround Dalhousie. The top places in Dalhousie are Ganji Pahadi, Rang Mahal, Bakrota Hills, Kalatop Forest, Dainkund Peak, Salooni, Khajjiar. There are some ideal places for trekking enthusiasts such as Moti Tibba,  Sach pass, Garam Sadak. The capital town of Kullu district is Kullu. At a height of 1230 meters, on the bank of Beas River Kullu is situated. It is a broad valley established by the Beas River between Manali and Larji. Kullu is mainly popular for its beauty, temples and majestic hills which are covered with Deodar and Pine Forest and also Apple Orchards. This ‘Valley of Gods’, connects Lahaul, Spiti valleys via Rohtang Pass. Some other attractions are Great Himalayan National Park, Jalori Pass, Malana, Manali, Bheki, Bijli Mahadev, Kheer Ganga, Tirthan valley, Kasol, The seven-day festival, Kullu Dussehra is also well known McLeod Ganj, a popular town is located in Upper Dharamshala which is surrounded with Dauladhar ranges at a height of 2082m. It is mainly famous because of Tibetan institutions, culture, Buddhist monasteries, arts and lastly crafts. Dharamkot, Bhagsu, Dal lake, Triund are major attractions. Buddhist monasteries such as Namgyal, Tsechokling Gompa, Tsuglagkhang are also common tourist locations.   You have to start from McLeod Ganj in order to cover Kangra, Chamba valleys for trekking purposes.