Long regarded as one of Africa’s most beautiful destinations, Tanzania, and the semi-autonomous archipelago of Zanzibar is famed for their soaring peaks, perfect beaches and spectacular wildlife. Whether it’s scaling Mount Kilimanjaro, Africa’s highest point, or the stunning Mount Meru or visiting the National Parks of the unequalled Serengeti or the lesser heralded  Arusha, Tanzania is guaranteed to take the breath away.

Zanzibar is a whirlpool of cultures, starting with the stunning Stone Town and ending on the idyllic beaches facing out onto the magnetic Indian ocean. Throw in the friendly locals who are always willing to help a hitchhiker in need and this painfully wondrous land will always leave you wanting more.

Soaring into the clouds, Mount Kilimanjaro is Africa’s highest peak, standing at a daunting 5896 m, and is one of Africa’s most iconic sights. The mountain is part of the Kilimanjaro National Park which is a UNESCO listed site, and over 25,000 excitable climbers attempt the ascent every year. Don’t be fooled into thinking it is easy, however, as for all those that try many do fail. You will need to be in good shape and hope that altitude sickness doesn’t grip hold. The climb also doesn’t come cheap  – expect to shell out around $1200 for the privilege. But boy, it is worth it! Arusha National Park is one of the smallest in Tanzania (552km2) but is famed for its trekking opportunities and as being one the most beautiful in the country. I climbed Mt Meru and it was one of the best things I’ve done. Seeing the sunrise above Kilimanjaro is unequivocal. It’s a more challenging climb than Kili and is a lot cheaper (climbing Kili starts from $1200 USD compared to Meru which shouldn’t be more than $300 USD). The area is also a great place to organise your Serengeti / Ngorongoro Crater tours. Recommended companies include Likizo Safari and Volunteer or Africa Tried and Tested. Likizo also offers volunteer opportunities and 10% of their profit goes back into the community by helping out villages in rural areas with clean water, medical supplies and school books. You can also volunteer with them for a few weeks on one of their many community projects.

Known as Rock City due to the huge granite boulders that seem to hang precariously along the shores of Lake Victoria, Mwanza is Tanzania’s second-largest city and is a major industrial centre and port. I didn’t really do much here as I became a volunteer teacher at the school my host had begun. But I’m sure you’ll find things to do around town. Set in the heart of Zanzibar Town, Stone Town is a UNESCO listed warren of alleyways overhung with wooden balconies. It is arguably Africa’s most multicultural place and is brimming with history. Explore the many alleyways by yourself or with a guide. If you find yourself in Stone Town in mid-February, the Sauti Za Busara music festival is not to be missed. Regarded as the friendliest festival in the world, it’s free if you get in – and stay in – before 16:00. It’s one of the best music festivals I’ve ever been to. Four days of epic African music. Eat local food. If you can afford the luxury, eat at 6 Degrees South or African House next door and enjoy the stunning sun setting over the Indian Ocean.

Drink coconut juice straight from the nut or sugar cane juice, crushed on sight. Every night, opposite the Old Fort in Forodhani Park there is a nightly food market. Always ask what the price is first before ordering otherwise they will try to swindle you. I recommend the Zanzibar soup and the Zanzibar pizza – Nutella with banana and anything else you want to add. Mmm-mm! I’d avoid the seafood as you don’t know how long they keep it if it doesn’t sell. At about 4 p.m., in the same park, kids leap off the sea wall into the polluted water with an array of aerial acrobatics displays – until the police come and disperse them.

For partiers, 6 Degrees South host a rooftop party every Saturday night. Tatu hosts a party almost every night. Local club Rock Café is quite the experience (go with a local though). For a sailing experience on a beautifully crafted traditional outrigger canoe, contact Rahim at The Vanora. Constituting one of Zanzibar’s most popular tourist destinations, Nungwi is a large fishing village that is full of resorts but with the attraction of kiteboarding, snorkel trips or diving expeditions to Mnemba Island and other islands around (Tumbatu has the most abundant of sea life and coral. Watch out for strong currents). Entertainment-wise there is a Thursday night beach party at Cholos, on Fridays Sunset hosts a party and on Saturdays and on the full moon the party is at Kendwa Rocks but also venture out to the local bars. 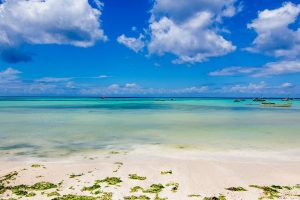 Snorkel trips, mangrove tours and caving, Kizimkazi consists of two adjoining settlements: Kizimkazi Dimbani to the north and Kizimkazi Mkunguni to the south. The reason most come here is to see dolphins in nearby Menai Bay but I’d avoid tours as they are unethical. Boats race towards the dolphins, up to 10 boats at a time causing a lot of stress to these amazing mammals. I ask that you don’t support this. Also, be sure to visit the Shirazi mosque (located around 2km north) which dates back to the early 12th century and is one of the oldest Islamic buildings on the East African coast.

With a name synonyms with some of the earth’s most majestic predators, the Serengeti National Park is many people’s highlight on a trip to Africa. The park covers 14,750 km2, is listed as a UNESCO World Heritage Site and its most stunning things to see include the annual migration of over 1.5 million wildebeest and 250,000 zebra, and its numerous Nile crocodiles. If that isn’t enough for you, how about observing lions, cheetahs, leopards, hyenas, and jackals hunting giraffes and buffaloes or witnessing gazelles, topis, elands, hartebeest, impalas, klipspringers and duikers moving across the grasslands? Seeing all this amazing nature doesn’t come cheap though, visitors have to pay $110 in entrance fees for Serengeti and Ngorongoro and visiting as a budget traveller is all but impossible.

Dawki – An Unexplored Destination in Meghalaya