Namchi, located at an altitude of 1620 meters above sea level among the Himalayan hills, is one of the main religious centers of Bodhi. There is no dearth of attractive places to visit in Namchi in South Sikkim in the Khangchendzonga Range. The best adjustment of nature and spirituality is seen inside Namchi.

Here is also the biggest statue of the Padmasambhava, the patron saint of Buddhism in Sikkim. Every year a large number of tourists reach Namchi to see the picturesque beauty and quaint scenery of South Sikkim. Apart from this, tourists can also enjoy many adventure activities like trekking and rappelling in Namchi. Here are the top 7 places to visit in Namchi where you must visit. The sunlight is illuminated on this statue studded with gold, then a view of the whole city is seen. Within the Guru Padmasambhava statue, a number of rare and popular works of Indian history are seen which attract everyone’s attention. 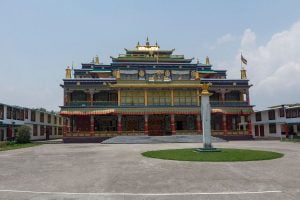 Ralang Monastery is known for Buddhist culture and architecture, it is one of the holy places of Buddhism which attracts a large number of tourists. Tourists can see many Buddhist artifacts and paintings in the Ralang Monastery, known as the shelter of more than 100 monks.

The atmosphere of the monastery is very quiet, so spend a few moments here, it will be very relaxed. The Pang Lhabsol festival celebrated as the annual festival of Namchi attracts everyone and during this time the Ralang Math is one of the best places to visit in Namchi.

Apart from this, Tendong Hill is also an ideal destination for adventure lovers, they can enjoy trekking here and spend some time amidst nature. Tendong Hill is one of the best places for everyone to visit in Namchi. Solophok Chardham is a pilgrimage center for every Hindu. There is a 108 feet high statue of Lord Shiva here which attracts every tourist to him. A replica of other Hindu pilgrimage sites exists around the statue, in which 12 Jyotirlingas of Lord Shiva and Badrinath, Rameswaram, Dwarka, and Jagannath, and 4 Dham models are seen here.

Solophok, the idol of Lord Shiva, is the main attraction of Chardham. Solofok Chardham was established in 2011 to promote tourism in Namchi and since then Solofok Chardham is one of the most spectacular places to visit in Namchi. The Ngadak Monastery built of sand and stone in the 17th century during the rule of Namgyal by Namgyal is one of the best examples of old Sikkim. Although the monastery suffered earthquakes several times, it still stands in its magnificent architecture.

The atmosphere of the monastery is quite calm and you too remain silent while going in so that the peace of the monastery remains and you must spend a few moments here, which is very relaxing. Flags and pictures of Buddhism are also seen inside this monastery. Golpa, situated amidst lush green hills and dense forests and flags of different colors, is known as the old sect of Buddhism. To reach Doling Gompa one has to climb quite high and can also enjoy trekking with it. Cardamom-lush green fields around Doling Gompa present mesmerizing eyes for the eyes. It is known for its huge statue of Gautama Buddha and for this reason Doling Gompa is one of the most visited places to visit in Namchi. 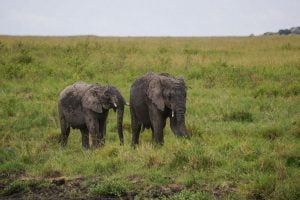 Namchi is a wonderful place to visit in Sikkim which attracts a large number of tourists. The landscape and cultural surroundings are quite amazing, apart from this, tourists can also enjoy adventure activities like trekking and climbing. Make your trip exciting by visiting the top 7 places to visit Namchi here.

What is the best time to visit Namchi?

How far is Namchi from Gangtok?

According to Google, the distance from Gangtok to Namchi is 78 km, which may take 2 hours to fix.

What is the distance of Gangtok from Delhi?

The distance from Delhi to Gangtok is 1571 km which can take 30 hours to cover.

Top 25 Places To Visit In Sikkim