The sun and the sand are not the only things that draw people to the shoreline and beaches. Many people love to look for that perfect shell to take home and display as a memento of their time by the water. Almost every beach has sea shells, but there are some beaches that are really worth visiting because they offer the ultimate shelling experience.

Here are the 11 best beaches in the world for shells and shelling:

Sanibel Island is the first place that comes to everyone’s mind when they think of seashells. The south end of the island often acts like a magnet and draws all the shells from the Gulf onto the shore. Visitors will be able to find conchs, whelks, scallops, clamshells, and more, plus almost all of them will be completely intact.

The land down under is where anyone can find a few million shells at a time. Shell Beach is located in Shark Bay on L’Haridon Bight and the coquina bivalve shells were placed there more than 4,000 years ago. These shells are on top of the sand and they are six to ten meters deep in some places. 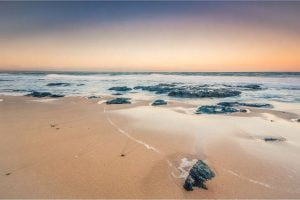 The waves in Jeffrey’s Bay are not only appreciated by the surfers, but by the beachcombers as well. Those waves bring shells of every shape, size, and color to the shoreline of the beach. Winter is the best time to search for shells on this beach and people should be able to find cowries and shells on Indo Pacific species without much difficulty. The waves, currents, and wind are great for people looking for shells at Shipwreck Beach and those are the only people at this beach because it is too dangerous to surf or swims there. Everyone will find violet snails, imperial cones, and textile cones, but the luckiest people will spot bottles, sea glass, and possibly a Japanese glass float. 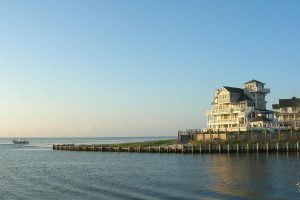 North Carolina stretches from the mountains to the sea. Whelks, conchs, Scotch bonnets, sundials, periwinkles, and moon snail shells are only a few of the shells that people will find on Ocracoke Island. These shells can be found on the sand, in the grass and seaweed, and even out in the water. Shells can be found everywhere on Somerset Creek Beach, but people will want to wear shoes so that they do not cut themselves on one of the millions of shells that are on the sand. King, queen, and emperor helmets are plentiful as are conchs and sand dollars. It is possible to scoop the shells up by the handful on this beach, especially after a big storm or hurricane has passed by the island. You might not think of shell hunting in the UK, but the North Devon Heritage Coast is a standout. Morte slate rocks fill the sands at Barricane Beach, but most people venture there to grab the cowries and other exotic shells that arrive from the Caribbean via the gulf stream. As people are searching for shells though, they should pay close attention to the fossils that can be found amongst the slate and other sections of this special scientific interest site. The Agios Dimitrios is a long beach that is just South of Athens. People will find small and intricate sea snail shells like Clanculus corallinus and Ocinebrina edwardsi here. 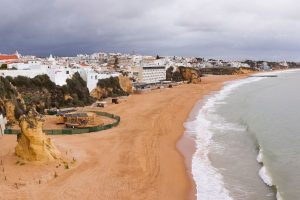 The beach in Albufeira, Portugal is a popular tourist destination, so while there are thousands of shells that line the sand, people may have a difficult time spotting one of the fossil sea shells that have been around for more than twenty-three million years. 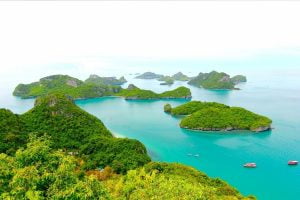 The beach in Koh Thmei is part of the Ream National Park, so there is not much on the island. On one side of the beach, there are bungalows and a dock, but anyone looking for shells will want to head over to the other side of the beach to find their treasures. The beach on the West side of the island is covered with thousands of shells that glisten in the sunshine. The birds, vegetation, and waves are what draw many people to the shores of Guiones Beach in Costa Rica, but it is also a great place to find shells. There are plenty of shells to be found amongst the marbled sand along the shores.

Shelling is fun and finding a beautiful shell to return home with is even better. These are some of the best beaches for finding shells however, remember that it is illegal in many places to take shells that have living creatures inside. Some foreign countries also have rules that shells cannot be removed from the beaches. If you’re unsure of whether they can take the shells that they find, you might want to err on the side of caution and take a picture to remember it by instead.