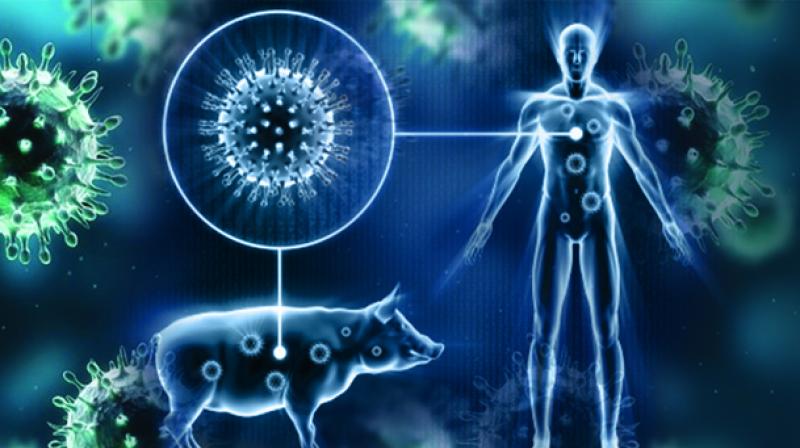 Table of Contents hide
1 10 Best Ways to Avoid Swine Flu
1.1 1. The normal flu vaccines are ineffective against the swine flu
1.2 2. Covering your face with a mask won’t help against swine flu infection
1.3 3. Avoid organizing or attending any swine flu parties
1.4 4. Plan properly
1.5 5. Keep your house clean
1.6 6. Take all the necessary precautions
1.7 7. Be calm
1.8 8. Stay inside your home, in case of any flu-like symptoms
1.9 9. Don’t rush to seek emergency care without the symptoms
1.10 10. Make your children aware of the swine flu symptoms
1.10.1 Related posts:

The outbreak of swine flu all over the world has become a deep concern to all. Although reports of its occurrence have waned since the last two months, still it is a big threat to the populace, and chances are that many people would be affected by it during the normal flu season. Taking this into account, you should avoid the following things to prevent its occurrence.

1. The normal flu vaccines are ineffective against the swine flu

Although researches are going on, a vaccination against the swine flu is yet to come. But you should take the seasonal flu vaccination in time, as it can be fatal for people with a weak immune system. Children and older people are also at a higher risk. As per the CDC, more than 200,000 people get hospitalized and around 36,000 people succumb to the seasonal flu every year in the US. So, do get vaccinated against it but to be protected against the swine flu, you would have to wait till it is discovered.

2. Covering your face with a mask won’t help against swine flu infection

It is still unclear whether the mask helps in preventing exposure to the seasonal influenza virus or H1N1. As per the CDC, both the face and the respirator fitted on the face may not be fully effective in preventing them.

So, in general, the CDC does not encourage wearing them. But people who need to visit crowded places; where there is a known occurrence of swine flu and caregivers for flue patients may use them.

Sometimes, swine parties are arranged where the guest of honor is someone, who is already affected by the swine flu. The party is organized with the hope that people who attend it would have a mild effect of the swine flu virus and in turn, would gain immunity against it. But this, in fact, could be a stupid idea, as you never know whether the effects of the swine flu virus would be mild or fatal. Hence, the CDC discourages such things.

Many schools were closed due to the outbreak of the swine flu last spring. That could happen again after the reopening of the schools. So, parents should better plan ahead regarding their children’s education in case of such eventualities.

Similarly, employees should take up the issues with their employers in advance, with regards to the sick leaves or leave for caregiving in case of any swine flu outbreak. You should keep ready things like disinfectant tissues, soaps and medicinal hand wash at your homes.

The swine flu virus can remain on various articles in the house. So, clean the household things like the door handles, toys, books, teacups, phones, utensils, etc. with the help of the recommended disinfectants.

According to the CDC, it is better to dry the clothes of somebody, who is affected by the swine flu through the drier of the washing machine in a hot setting. Avoid any close contact with them before washing them. Take care to wash your hands with the help of soap, water, and an alcohol-based disinfectant after any exposure to dirty clothes.

6. Take all the necessary precautions

Follow all the recommended precautions against swine flu diligently. Although the reported deaths have come down of late, the virus is still around and according to the CDC, more cases of deaths due to swine flu might occur in the future.

The CDC advises the following precautions against swine flu infection:

According to the U.K.’s National Health System, the droplets carrying the flu virus emanating through the sneezing, spitting, coughing, or even talking can travel a distance of up to one meter. It is recommended by the NHS that the tissues used during sneezing or coughing should be disposed of after single use.

Margaret Chan, MD, director of WHO says that the swine flu is only moderately pandemic. But this situation may worsen any time and doctors and health officials predict that the virus could become more active in the future. This would account for more severe cases of swine flu infections, which would lead to more hospitalizations and deaths.

Chan said at the international health meeting about H1N1 flu held at Cancun, Mexico on 2nd July, “Most of the patients show only mild symptoms and generally recover within a week without the help of any medications.” She pointed out that people with prior disease or weakened health condition are more prone to be affected by it. Chan also enunciated that some of the fatality also occurred amongst absolutely healthy and young people. The reason for this is still to be fully understood.

But Chan advocates alertness in this regard and urges not to be scared.

“Although we need not be alarmed by the situation, we can’t also be overly complacent; otherwise patients who are in real need of medical attention and emergency drugs would be deprived of it,” Chan advised during her speech at Cancun.

8. Stay inside your home, in case of any flu-like symptoms

Although some of the symptoms may look pretty innocuous, they still can be the symptoms of swine flu. These can be fever, running nose, headache, body ache, cough, sore throat, vomiting, and diarrhea, etc.

It is better to stay inside the home, lest you might infect other people. You can take the medications and avoid going out even for important appointments like going to work, school, and other needs.

9. Don’t rush to seek emergency care without the symptoms

In case of any chances of children being infected with the swine flu virus, the CDC recommends to look for the following symptoms:

The CDC also recommends possible symptoms of swine flu infections in the case of adults as follows:

10. Make your children aware of the swine flu symptoms

Enlighten your children about the symptoms as well as the prevention of swine flu infections. The precautions recommended for the children are also similar to that of the adults. They include the use of tissues while coughing and sneezing, washing hands with disinfectants, keeping away from sick people, and staying inside in case of any symptoms.

The CDC proposes that children should sing the ‘Happy Birthday’ song twice, which would enable them to wash their hands properly for at least 20 seconds. It also suggests kids maintain at least a distance of 6 feet from sick people.

These guidelines and recommendations apply equally to both children and adults.