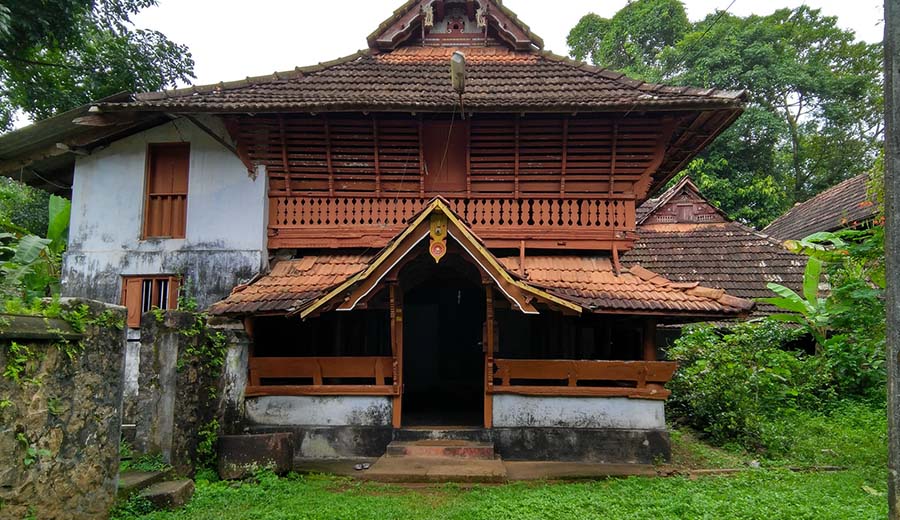 The Poonjar palace in the Kottayam district of Kerala is truly an amazing place and is regarded as a heritage destination. Because of its ancient glory, the palace is loved by history lovers. Built almost 600 years ago the ancient tradition could be explored in its architectural styles. The eastern part of Idukki and Kottayam districts has a huge availability of woods and therefore it is the main component of construction. Clay tiles and stone blocks are siding components to be used as building materials. The pyramid-like structure was used in ancient houses for a holy look. Moreover, they used to design according to the Vastu Shastra means aesthetic rules and regulations to build a house. Statues of deities had been kept in various corners of the palace as a means of purity.

History of the Poonjar Palace The antique pieces furniture that is kept there had been crafted out of rosewood and sandalwood, the reason why lots of visitors are attracted here. The main attraction of the palace is the museum that preserves lots of antique pieces. The heritage has been bounded by massive and high walls. The palace is being looked after by the archaeology department of Kerala and is regarded as a historic monument. Visiting the palace would make you feel the essence of past glory. The unique attraction of the palace that has increased the beauty has been detailed here:

These things in the museum are the main reasons for people wanting to visit the Poonjar palace. But it has been heard that visitors are not allowed all the time and they need to take the permission of the department those who are looking after the property. There is also a temple which is just a duplicate of the Meenakshi temple in Madurai. The sculptures crafted on the walls narrate the story of Puranas. There is a row of lamps that are equally fascinating. Another temple lies nearby called Sastha temple which is truly interesting with ancient carvings. There are a few hotels in Kottayam where you can spend your holiday with nice experience. Hotel Indraprastha which was formerly known as Hotel Fairmount is one of the best hotels that are in the main Central road the room charges per night is near to 4000 Indian rupees. Hotel Ambassador in SH Mount in Kottayam is the other best one but the charges are a bit high from other home stays but offer the best service in the palace. The room tariff is near to rupees 5000. But Hotel Pearl Regency provides home stays in reasonable rates that lie in Main central in TB junction.

Poonjar is a year-round destination and as a result, it can be visited every time at some point of the yr as a consequence of its satisfactory climate and luxuriant surroundings. However, in case you desire to skip the summers of Kerala, then the effective time to go to Poonjar is from September till the end of March. All through the length, the splendor of this least-explored hill station is at its height

How to reach Poonjar palace The nearest railway station in Kottayam and from there buses and taxis are available that would take you the palace but most of the time prior permission is necessary to enter the musem. The Ettamanoor- Poonjar road connects to the palace. After crossing the Reliance Petrol Pump and Near Jama Masjid, the PHC road comes. The nearby road is PHC and the palace lies to its left at a distance of 200 meters. The exact location is called Panachippara.