Switzerland has one of the best formal networks of hiking routes in the world, and this shouldn’t be surprising, after all, people do come from all over the world to hike here and the Swiss are nothing if organized: expect to find trails perfectly well signposted and refuges exactly where you need them.

Though a small country the Swiss have a diverse culture, French, German, Italian, and French is all spoken in parts of the country plus some local dialects and languages that still remain in cut-off valleys.

In the past, of course, Switzerland’s cantons were mainly independent states within the Holy Roman Empire plus there were a number of much smaller states and bishoprics: some covering only one valley with its own customs and traditions that aren’t forgotten today. One of the most popular trails in the Alps and part of the project to join up all eight Alpine countries with a network of trails. The Swiss part of this goes from Buchs close to Vaduz in Lichtenstein in the East to Montreux on Lake Geneva in the West. The route s divided into manageable chunks with 19 sections, each equivalent to about a day’s walk. This being such a popular trail there is no shortage of refuges along the way and other facilities and luggage transport is available to allow you to walk without having to worry about how much you have to carry. 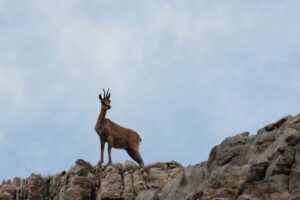 A short local route of 11km if you want to spend a half day while in Switzerland hiking, or perhaps a whole day taking your time or with younger children in tow, then this may be your best choice. Stunning alpine views, including of the Combins massif glaciers and the Louvie Alpine lake, make this unforgettable. You have a good chance of seeing the Chamois that the trail is named after as well as alpine cattle, mountain goats and marmots.

The south part of Switzerland, jutting down into Italy, is less commonly explored than north and western Switzerland and for one this is a shame secondly when considering where to hike this means it can be very quiet in comparison to some popular Alpine trials. The Trans-Swiss traverses the country from north to south starting at Porrentruy, close to the German border, the route meanders across Switzerland and takes in the underrated capital Bern, the three lakes region, and Italian-speaking Switzerland including Lugano, and ends in Mendrisio. 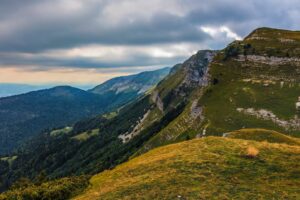 The national route 5 links two of Switzerland’s most visited cities Zurich and Geneva with the 310km route just about possible within a two-week walking holiday with a little time to explore the cities at either end; alternatively the 15 sections can be attempted one at a time. This is another nice short trail ideal if you are staying around the southwest of Switzerland and want to see the Grande Dixence Dam and the upper Dix Valley. Starting from the top of the dam you can work down the valley alongside the lake: with plenty of chances for beautiful panoramic photos with the snow-capped peaks in the distance behind the lake; it is also worth being on the lookout for Ibexes.

A tough day-long hike from near Grindelwald right in the center of the country, the entire trail is high up in the alps surrounded by snow-capped peaks and with 360-degree panoramas. A mountain railway from the village of Wilderswil will get you up to the beginning of the trail and at the other end, you can take a gondola back down to Grindelwald. Though the peaks are certainly beautiful the passes in the Alps along the feet of the mountains are themselves beautiful, and of course, you can cover more ground by taking the passes rather than going over each mountain.

Even if you enjoy the mountaineering side of ascending to a summit for the views a walk along one of the 34 stages of the Alpine passes trail will bring the scale of the alps into perspective in a slightly different way, plus allow you to see much more of the flora and fauna in these secluded passes too.

A five-day regional route you could cover it in a long weekend if you are experienced and fit enough for this high-level trail. The trail is in 5 stages if you want to do a day at a time and as the trail is a horseshoe shape it does have the advantage you end close to where you start south of Luzern.

At one end is Mount Pilatus 2132m high, if you start from here then you will be going down slightly more than up or you can start from the other end for more of a challenge. Along the way take in the Glaubenberg moorlands, unique alpine moors unlike anywhere else in the world; much of the rest of the trail is in thick pine forests and crosses lower alpine meadows as you head through alpine passes: including the historic pass through to the lush Engelsberg valley at the eastern end. 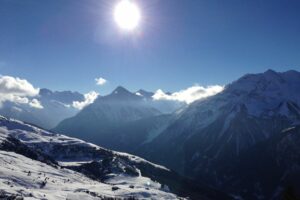 Taking in many of the best views from some of the highest summits in the alps, this is a trip where you will want to bring a good camera with you. This trail is another to go right across Switzerland from east to west and starts at Geneva. If you are on holiday in Switzerland and want to walk for a day or two, as well as from Geneva there are sections that are easy to reach from Lausanne, Montreux, Bern, Luzern, and St Gallery which is close to where the trail ends.

Lovers of wine and cheese will especially enjoy this trail that takes in some of Switzerland’s vineyards and dairies and cheese makers. A 2000-year-old path, once the most important route for pilgrims in Europe as they crossed the alps from northern Europe to reach Italy and go on to Rome. As with any ancient trail, its route has been chosen for practical reasons and follows the easiest routes between the mountains making use of many scenic Alpine passes.

Many of Switzerland’s oldest towns and villages are along this route, each with its little, often ancient, alpine church. These settlements were built up to provide hospitality to pilgrims in many cases and there are still plenty of hostelries and other accommodations in these villages today on this route, which can be covered in two weeks.

If you haven’t hiked much before then you should train before your first hike in Switzerland: as even the easier paths can be tough going, in some places, there are simply no easy ways through the mountains. Plan ahead to get the most out of your hikes and stay safe.

10 Most Popular Rain Forests in The World

Best of the Nightlife in Chennai