Every island is abundantly blessed with attractions perfect for all beach lovers. All the beaches enumerated in this list possess splendor worthy of praise. All those white sand, tropical trees, clear waters, blue sky, and friendly locals are bits and pieces which make a vacation a definite pleasure.

Philippines is proud to have this list. So if you are planning to visit the Philippines, you might as well see and experience the beaches here firsthand. This list will serve as an important source as you hop around the Philippines. Boracay with very fine, white sand and cool water still is the top choice of most beach goers. The serenity of the atmosphere adds poise to the view. And affable locals of the island make the place even more inviting.  100% satisfaction of stay on the island will depend also on where you’d stay and what month you’ll go. January through May is the most ideal months for the best Boracay weather. December through February is the best windsurfing months. It is a part of Aklan Province, known for the cheerful Ati-Atihan Festival every January. It is located approximately 315km (200 miles) south of Manila. You reach Boracay with several rides. And the last ride will be through pump boats. Originally the Island Province of Bohol is known as “Bo-ol”. This little island paradise lies in the heart of Visayas and is about 700km directly south of Manila and is about 70km southeast of Mactan Island. Its coastline is gently paved with white sand beaches. Water fun here offers a lot of variations. You’ll find all sorts of seaside wonders from developed beaches to elite private waterfront locations. Underwater adventurers will also enjoy the wide bio-diversity of aquatic life these tropical waters has. It also has the best and most popular dives in the Visayas.  Because of its black coral forests, hammerhead sharks, large pelagic, and if you are very lucky, you will find yourself swimming with a school of dolphins. Palawan is dubbed the “Last Frontier” of the Philippines. It is the home of abundant grandiose tourist attractions as well as never-ending outdoor fun. (1)Busuanga and Culion are the two prominent islands that comprise Calamian Islands. Both contain several beaches all made up of powdery ashy sand and azure waters. The (2) El Nido Marine Reserves is a group of islands that is so inviting for its natural formations. Some are cliffs made of limestone, virgin rainforests, gorgeous white sand beaches, and top-rated dive sites. (3) Honda Bay offers the best speck for all to snorkel, swim, and dive.  The islets that consist of this bay are all of the world-class splendor. Such islets include Cannon Island, Bat Island, Lu-Li Island, Snake Island, and Starfish Island. Honda Bay is 25 minutes away from Puerto Princesa. (4) Taytay Bay is as recommendable as the previous bays.  It is a distinguished area for all who love island-hopping, diving, and snorkeling. Palawan is on the western border of the Philippines and is located southwest of Manila. It will only take an hour-long flight to get there. 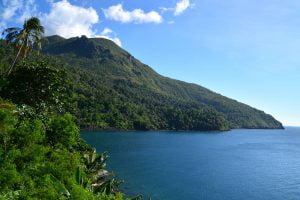 Camiguin is one of the finest islands you will ever visit in the Philippines. It is also known as the “Island Born of Fire”. It is because it has seven volcanoes and several volcanic domes. Camiguin is very proud of its unharmed coastlines with numerous coconut trees alongside scattered springs. First-rate beaches offer summery days of leisure and fun. Clean water, beautiful corals, and rich marine life make this island popular with divers.  Globally, Camiguin is also considered the No. 7 diving spot. Since it is such a small island, you can travel its circumferential road in one and a half hours. You may access this island by plane or boat from Cebu or from Misamis. Pagudpud is a world-class tourist destination. It has the longest adjoining white sand with brawny winds and impressive waves comparable to the beaches of Hawaii. Wind and wave surfing are the best activities here.  Though classified as a fourth-class municipality in the province of Ilocos Norte, this coastal resort town surely is a haven for tourists. For it also has a scenic view of mountains, hills, valleys, waterfalls, and springs. It lies 72km (45 miles) north of Laoag City, the provincial capital, and about 560km (350 miles) and 10 hours by land from Manila. Siargao is well known as “The Surfing Capital of the Philippines” with an impressive standing among surfers within the Philippines and on the International scene. “Cloud 9” is one of the finest surfing waves. This globally outstanding wave looks like a thick number nine drawn in the waters. The annual Siargao Cup, a surfing competition sponsored by the local government features this gigantic wave. Traveling surfers in the late 1980s discovered this wave and were named and made famous by John S. Callahan, who printed the first major mark on Siargao Island in the world. The southwest monsoon from August through November makes surfing conditions excellent in Siargao. This teardrop-shaped island is situated 800km (480 miles) south of the nation’s capital.

Pearl Farm is one of the best resorts that the southern part of the Philippines has to offer. This secluded island cove gives immense privacy to its visitors. Farmers use to grow and nurture sumptuous south sea pearls there. Though pearls are not there anymore, it lives on as precious pearl where people all over the world can have the benefit of a delightful retreat. It is located far south in the city of Davao. Puerto Galera in Mindoro Island has recently hit the international tourism limelight, awarded “The Most Beautiful Bay in the World” for 2005 by UNESCO. The fame of its beauty makes tourists flock to this beach area all year round. It also has dozens of protected coves with ancient coral gardens and rare marine species which makes it perfect for diving and snorkeling. It is also a top choice for weekend trips from Manila. Guimaras is an extraordinary island to be found right at the heart of the Philippines. Its fertile mountains and tranquil beaches provide a haven to all travelers who search for an ultimate retreat. With a quick look, it may appear that it is just the same as some other developing provinces with modern houses and paved roads. But the splendor of its coastlines will remind you of its superb magnificence above others. Worldwide, it is renowned for producing the sweetest mangoes which were reported to be served at the White House and Buckingham Palace. 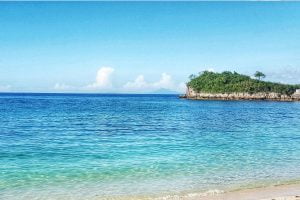 Malapascua Island is one of the fastest-growing favorites of diving enthusiasts. It was only in the 1990s that the beauty of this island was unfolded to the public. White sand beaches, exquisite spots for diving, and coral gardens are certainly stunning. Other sites include Gato Island, Monad Shoal; a sunken plateau is an abode for thresher sharks and manta rays, and Kemod Shoal. Malapascua is a must-see island. It is sited in the northernmost part so getting there will take a little more time. After arrival in Mactan-Cebu Airport, ride a bus that will get you to Maya. And from there is a 30-minute-ride in a local boat ferry.