Since our independence, India has made a lot of progress in various sectors. From science to literature and arts, we are improvising in all fields of development. One of the important pillars of Incredible India has been its infrastructure. Some of them are the dams of India, the most prolific dam builders in the world. Dams are massive structures that impound water or underground streams. 4,300 dams have already been built around the nation.

No wonder our dams are big tourist attractions considering their strong and massive structure and serene Beauty. So here is a list of six massive and beautiful dams that you must add to your travel bucket list. 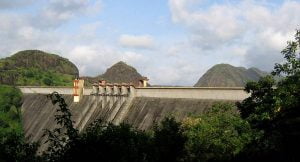 Constructed across the Periyar River, Idukki Dam is a double curvature arch dam. This dam is owned and constructed by Kerala Electricity Board. Supporting 780 MW hydroelectricity in Moolamattom, this dam started generating power on 4th October 1975.

Idukki Dam is 554 ft. tall and built between two mountains, Kuravanmala and Kuravathimala.

Earlier there was a blanket ban on public entry for security reasons. Later, this ban was relaxed for ten days on the occasions of Onam and Christmas Season. Since last year, the duration has been extended to one month. Cameras and cell phones are not allowed inside the dam. 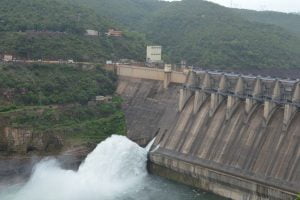 Srisailam Dam is the second-largest hydroelectric station in India. It is built at the border of Kurnool District in Andhra Pradesh and Mahabubnagar in Telangana. The dam is constructed over the Krishna river.  It is a prime tourist spot in Andhra Pradesh. Thus this place is kept clean and hygienic. Though the opening of all 12 gates of this Dam is very rare, those few times a year, the scene is breathtakingly beautiful. Supplying an underground power station with 1,500 megawatts of water, this is the prime hydroelectric power plant of Himachal Pradesh. Built across the Sutlej river, Nathpa Jhakri Dam has the largest and longest tunnel among all other dams in India.

The Nathpa Jhakri Dam has become the center of attraction for thousands of tourists visiting India from around the world. It is one of the highest and longest dams in India. The location of this dam is serene. It depicts the exotic beauty of nature and eye-catching surroundings. 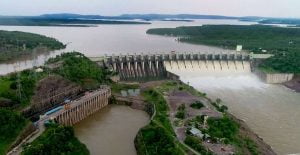 Indira Sagar Dam is in Khandwa District, Madhya Pradesh. Irrigation is the main purpose for which the dam was constructed. It is built with a collaboration of NHPC (National Hydroelectric Power Corporation) and MPIB (Madhya Pradesh Irrigation Board). The highest dam of India was built with an elevation of 855ft. This dam was meant for a lot of purposes, which include municipal water supply, a reservoir for irrigation, and most importantly it generates 1000megawatts of hydroelectricity.

Regarded as one of the Highest dams in Asia it offers a splendid view with a large amount of water and magnificent mountains surrounding it. 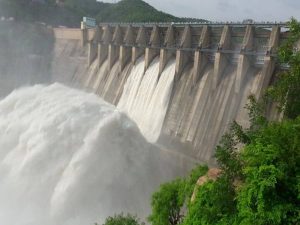 Bhakra dam built at an elevation of 226m, is in Bilaspur, Himachal Pradesh. In terms of quantity of water, this dam is the third largest reservoir in India followed by the first in Madhya Pradesh with 12.22 billion cubic meters and the second is Nagarjunasagar Dam.

The dam creates a large reservoir of water which is 88 km long and 8 km wide with a storage capacity of 986,8 crore cubic meters. The reservoir is known by the name of Gobind Sagar Lake, after the name of Guru Gobind Singh. The primary aim of this project is to provide water for irrigation, generate hydroelectricity, and prevent the Sutlej – Beas rivers.

Though this is the fourth largest Dam in India, it attracts many tourists. Though for security reasons, the dam is closed for common people since 2009.

Bali Should Be Your Next Holiday Destination