Melbourne is the capital city of the Australian state of Victoria. The city is located right on a natural bay named Port Phillip and parts of the city are centrally located along the Yarra River. Melbourne is a sprawling metropolis that spans for miles in either direction and driving times from the heart of the city to the outlying suburbs can take close to two hours! Today, just under four million people call the city home. In fact, some of that large population could be due to the number of awards Melbourne has received. In 2011 it was named The World’s Most Liveable City. Melbourne has also ranked in the Top 10 Global University Cities as well as in the Top 20 Most Innovative cities in previous years.

Melbourne has made a number of important cultural contributions to Australia. The first Australian football game with rules, Australian television, Australian impressionist art, and some of the most popular forms of Australian dance all got their start in Melbourne. This cultural draw is important for the tourist industry in Melbourne. More than 15 million tourists, both from Australia and abroad, descended upon Melbourne in 2009 alone. However, one interesting thing to note about Melbourne tourists is the stark differences between the types of tourists that visit and the financial impact each one has on the city. Statistically speaking, Melbourne attracts a lot of backpacking travelers. These tourists, as lightly as they are known to travel, tend to stay longer and actually spend more than their hotel-accommodated, typical tourist counterparts. In this article, we’re going to showcase some of the best places to visit in Melbourne, whether you’re a traditional tourist, backpacker, or native Australian. The Polly Woodside is a tall ship built in 1885 that currently houses a museum depicting Melbourne’s rich maritime history. The ship offers interactive exhibits as well as a hull-shaped theater playing films depicting life at sea in the early 1900s. 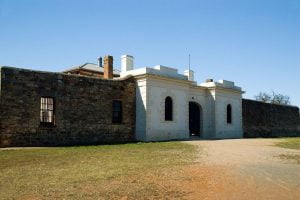 The Old Melbourne Gaol is Melbourne’s oldest jail – dating back to the mid-1840s. The complex has been many things over the years, from jail to Magistrate’s Court to former Police City Watch House. One thing that hasn’t changed, though, is the amount of history within its walls. Today visitors can tour the complex during the day – complete with a trip to the old gallows – or opt for a spookier experience by candlelight during the nighttime hours. On weekends there are live re-enactments of executions and other events with costumed characters. 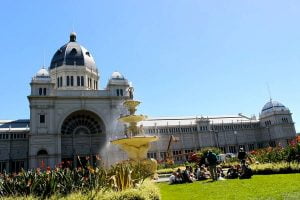 The Melbourne Museum welcomes over one million visitors each year and showcases the highlights of the city with various presentations – from cultural displays to environmental exhibits. Many of the exhibits are interactive and allow visitors and guests to learn about the city in a hands-on fashion. Some of the more popular areas of the museum are The Mind Exhibition, which details every mental process humans to have, including thoughts and emotions – and The Children’s Gallery – an interactive, immersive environment for children ages 1 to 8. The City Circle Tram is a great way to explore the city at a leisurely pace from the comfort of a climate-controlled trolly car. The car circles the city, crisscrossing various historical points of interest which are pointed out via audio commentary by the conductor. The tram is free and is readily accessible at various points throughout the city.

If you’re an auto racing fan, you’ll be happy to know that Melbourne has four auto racing tracks for year-round action. Melbourne also hosts its very own Gran Prix each spring which draws about half a million people to the widely anticipated event. One of the best ways to take in the sights of Melbourne is via the waterways. Tour companies offer a variety of kayaking excursions for any level of experience – from novice to expert. They also offer sunrise and sunset adventures as well as hiking/kayaking combo adventures. This is a great activity that could be done by groups of any size or single tourists. Melbourne’s Royal Botanical Gardens are among the best in the world. The gardens cover a sprawling 36 hectares and boast over 50,000 types of plants. In addition to the plants and interactive displays that teach visitors about them, the botanical gardens also feature other areas to explore and learn from like Guilfoyle’s Volcano – a water reservoir built in 1876 that provided gravity-fed irrigation to the gardens below. There is also a Children’s Garden scaled to child size where kids can have fun while learning about the various types of plants on display. There are also a number of classes and presentations given at the gardens daily. If you’re looking for a unique dining experience, a meal aboard Melbourne’s famous Colonial Tramcar Restaurant should be on your To-Do List. It’s an actual tramcar from the early 1900s that’s decorated in period style and staffed with a chef and professional waiters. While diners enjoy an elegant dinner or drinks at the all-inclusive bar, the tramcar slowly trollies through the streets of Melbourne. See Melbourne as you’ve never seen it before – from the edge! The Edge is a glass platform that extends three meters from the side of a building, some 300 meters in the air. The Edge is the highest public viewing platform in the entire Southern Hemisphere. The platform is on the 88th floor of the Eureka Tower and the windows on the top 8 floors of the building are made from gold-infused glass. The elevators leading up to the platform travel at an impressive speed of nine meters per second!

A walk across the Sandridge Bridge is a humbling experience if you know the history of those who walked that path before you. Sandridge Bridge connects the city to the port, where thousands upon thousands of immigrants descended upon Melbourne centuries ago. Ten metal sculptures are fixed to the bridge and each one of them depicts something related to the city’s immigration. The bridge was recently refurbished with a multi-million dollar make-over and welcomes thousands of tourists each year. Nestled in the rolling hills just outside the city skyline is a century-old farm that’s still in operation today. Visitors to the farm can get a close look at what life is like for farmers and participate in some hands-on activities like cow milking. The farm also has special events during the month like free pony rides, free hayrides, and a farmer’s market. Horses, donkeys, cows, sheep, pigs – and even peacocks are just a few of the animals that make their home on Collingwood Farm.