It might seem odd, maybe even morbid, to consider the former island fortress of Srirangapatna a romantic getaway from Mysore and/or Bangalore. For it is the final resting place of Tipu Sultan and his father Hyder Ali, two of South India’s greatest and most respected rulers. He was defeated and killed here at the hands of the British who brought a violent war to the island.

What remains today from India’s powerful father-son duo is enjoyable half-day sightseeing of well-marked spots set among lush greenery and the peaceful passing waters of the Kaveri River. A relative absence of touts allows visitors the proper chance to pay respect to a person many Indians consider a hero. A handful of resorts stretch along the river, hidden under the tropical jungle covering, for travelers looking for an extended stay. The island is as well laid out today as it was hundreds of years ago which makes for easy access to all points of interest. Give yourself six to eight hours to fully enjoy a very clean, very interesting Srirangapatna.

What to See & Places to visit Srirangapatna Built-in 889, the Hindu temple is open to visitors of all religions. Photography is prohibited inside, an unfortunate fact given the beauty which can be seen beyond the open-air mandapa. Prepare for a long wait to reach the inner shrine unless you arrive early morning. The queue here is one of the most aggressive I’ve encountered in all of India. If the idea of a long, hot wait is not of interest, at least explore the grassy space between the temple and outer wall. This area provides peaceful contemplation as well as good people watching. Yes, just as it sounds it really is the place where the body of Tipu Sultan was found. It’s a far cry from Delhi’s Rajghat, yet still a tasteful, well-groomed space nestled under the canopy of palm trees. Tipu Sultan fell victim to a British soldier on May 4, 1799, along with many of his soldiers. 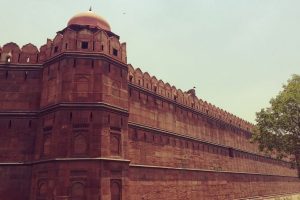 Only the ruins of a foundation from Tipu Sultan’s former palace, Lal Mahal, remain. The man responsible for defeating the once-powerful ruler, Colonel Wellesley, was the same man charged with dismantling Lal Mahal. It took two years, from 1807 to 1809, to turn the grandiose building into nothing more than a decaying platform of rubble. Of great note was the library full of rare manuscripts and books, which were shifted to England after Tipu Sultan’s death. Immerse yourself in daily life along with families who come to the ghats to bathe, to wash laundry, to dip in the waters cooling currents, and to picnic. Foreign tourists would be advised to refrain from intrusive photography of female bathers, and enter with discretion. Small temples dot the river bank where elders congregate and young kids splash playfully splash. Downstream one can find colorful yards of sari fabric laid out to dry under natural forces. Bring a lunch, sit a spell, and enjoy an average day in the life of a resident of Srirangapatna. Situated in the middle of pristine gardens is one of the most unique buildings to be seen in all of India. A two-story tower capped by a flowering dome and four miners stands in the middle of an ornate, squat wrap-around breezeway supported on jet black rock pillars. The stark contrast between the black rock and yellow plaster is hauntingly eerie, while visually stunning. Its size is modest, especially considering it is the mausoleum housing the remains of Tipu Sultan, his father Hyder Ali, and his mother. A working mosque sits adjacent to the Gumbaz. Stroll through the gardens to find more unmarked tombs. Tipu Sultan’s summer palace. Restricted photography is unfortunate given this is the pinnacle of tourists’ visit to Srirangapatna. Suffice to say, beautifully painted interiors will leave visitors awe-struck. The paintings depict victorious battles scenes of Hyder Ali and his son Tipu Sultan against the British. The palace was built in the Indo-Saracenic style in 1784. Today houses a museum displaying war weapons, paintings, and coins of Tipu’s period.

Where to Eat / Stay Just minutes away from Srirangapatna attractions in this quaint resort nestled among the tropical foliage. An in-house restaurant is popular with tourists who enjoy seating along the Kaveri River. Close distances to Mysore and Bangalore, plus affordable room tariffs make staying here a worthwhile weekend or two-day get away from the cities.

Mysore Domestic Airport: 14 km to Srirangapatnam. Taxi facilities are available in the airport and the taxi fare is about Rs 300 from Mysore to Srinrangapatna.