India is the largest country in the Indian subcontinent and is a very diverse country, not just in terms of geography or climate but also in terms of art, culture, literature, ethnicity, religion, traditions, and many more. Exploring the nation; learning about different traditions; understanding how the places differ from each other, etc. is one really cool activity to do. Of all the hill stations, weekend getaways, beach destinations, and more, exploration of the creepiest places is one interesting and fun activity to do.

Just like every other nation, India also houses countless creepy places spread all across the nation. So, if you are a thrill-seeker or a non-believer of spirits or ghosts, then the following is a list of top haunted places in India, which challenge the bravest of all. situated in the district of Alwar, Rajasthan, this fort is among the places that have tracked the occurrence of the most notorious supernatural activities. There is a legend answering the question of why the place is haunted. Apparently, a Tantrik named Singhiya used his black magic and cursed the location saying that all those who inhabit the place shall die. People still fear the curse, and the place is certainly freaky, especially at night. 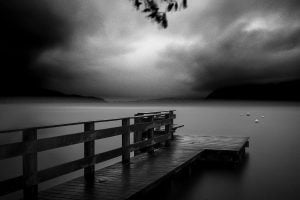 unlike most of the beaches in the west, the Dumas beach in Gujarat is among the most haunted places in India. The place is actually the cremation place of Hindus, as a result, there is the legend that all the souls that have been tormented and souls that didn’t attain Moksha loiter on the beach after sunset.

there are already lots of stories about haunted flats and buildings amidst the hustle-bustle of the cities. But one story that’s pretty serious is the real story associated with the Vrindavan Society in Thane. Society has a dark past. A man committed suicide in the 66B building of the complex, and since then there have been multiple reports of paranormal activities in the building as well as in society. the pitch-black dark and creepy mines have long been associated with ghosts, spirits, and paranormal activities. So there is this another creepy mine, apparently, many workers have died in the mines coughing blood due to improper working conditions, and since then there have been several reports of supernatural activities. The mine is shut now. yes, even the nation’s capital is not so untouched by the existence of paranormal activities. Apparently, it is said that this masjid is the home of Djinns. There are several rumors of the development of supernatural activities in the place. It is believed that people who have been to the place have experienced paranormal activities and nightmares.

following the nation’s capital in this list of most haunted places in India is Mumbai. The Grand Pardi Towers is a plush property and is 28 stories tall. However, this is not the only reason that has made this property famous. But there’s a bad side attached as well. There have been about 20 suicides and accidents in the towers. Romulus’ of resident sightings spirits, ghosts, and getting nightmares have been circulating for longer. this is another one of the most feared haunted places in Mumbai. The scary story joint to the chawl is that a local lady fell into the area’s well while she was drawing water from it and since then it has been her ghost that still lingers in the area. the list of top haunted places in India is simply incomplete if this place is not mentioned in it. The reason for this is very simple, the place is the country’s most haunted place. Although it’s a grand and beautiful palace there is also a dire side to it. Well, apparently in the year 1857, major Burton, who was the British resident of the palace was killed by spies in the mutiny. Since then it is believed that his ghosts walk in the palace corridors and rooms at night.

it is an abandoned old building that by looks has only been capable enough to creep the passer-by. It is one of the most haunted places in India. According to the locals, the ghosts of four men who were drinking buddies when they were alive can be seen in the building room and on rooftops at night. Besides, a ghost of a girl wearing a red sari has also been reported.

concluding the list is this place in West Bengal. The hills have witnessed several deaths in the past. The place is ghoulish even in the daytime. People never loiter in this dense region and therefore the place remains quiet and deserted.