I’m a huge book-lover. Before e-readers existed, I used to hunt around the library for hours, stumble home with ten big novels stacked in my arms, and fill up my suitcases to the brim with my papery friends.

Me getting a kindle probably saved some poor airport employees from early retirement due to back pain and put the local library out of business. A kindle is cheaper, lighter, and smaller than a tablet and the e-ink lets you read in sunlight (perfect for beach holidays!). The battery literally lasts for months and it holds my collection of thousands of books. I can’t put in words how much I love this thing. I love it so much that it has been my constant companion on travels ever since I got it years ago and I use it all the time: on planes, bus- and train rides or just waiting around and relaxing. My scarf is probably my most versatile travel item. Since I got it in Thailand a few years ago, I have used it as a turban, hairband, headscarf, cover-up for temples, sunblock, towel, blanket, makeshift bag, eye mask, skirt, shirt and once in a while even as it’s intended use – a scarf.

There are probably many other uses that I haven’t discovered yet, but one thing is for sure: the caveman that once upon a time came up with the ingenious idea of making a big longish piece of fabric, should be awarded a Nobel prize posthumously. 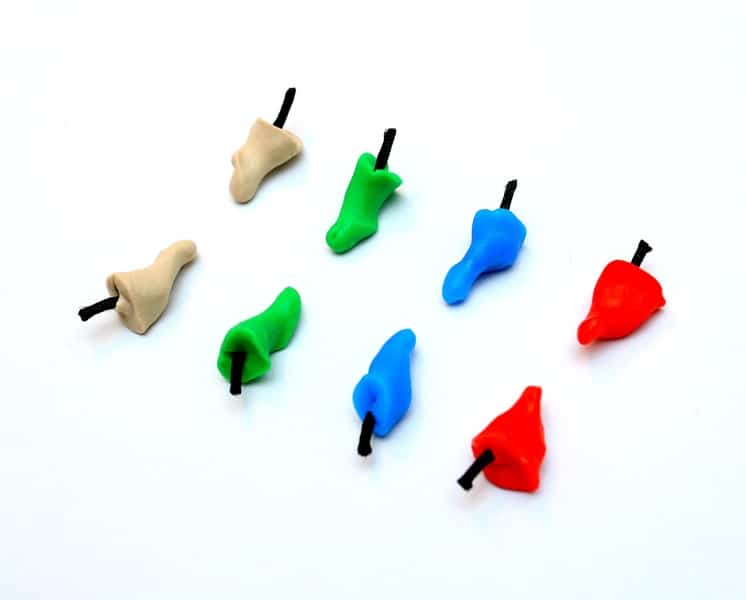 As someone who requires absolute silence to sleep, earplugs are a lifesaver. If I can’t block sound out, I’ll toss and turn for hours, getting angrier by the minute and coming up with murderous scenarios.

Be it snoring bunk neighbors rasping away like chainsaws, that American college chick chatting to her boyfriend on her cellphone all night, the eardrum piercing shrieks of a toddler on the plane, or the ill-luck when you just got off a 20-hour flight and realize you have booked a party hostel – earplugs muffle most things to a very bearable level and keep me from strangling someone with my multi-functional scarf.

A Pair of Nike Sneakers I used to be that girl who never wore sneakers. I had everything, from boots to flats and sandals to those fancy ankle-breaking high-heels. Just no sneakers. Until a friend introduced me to the Nike free runs and made me try on a pair. I haven’t looked back since. They are not the cheapest, but I swear, they are worth the price. If you wear them, you’re walking on tiny little clouds and they last forever.

In all the months I’ve had the free runs now, I have never gotten a single blister or chafed and tired feet. They even still look nice after they have been abused quite a bit on constant travels. And since I own a grand total of three pairs of shoes, they have slowly settled into the task of go-to shoe for almost everything. I know, it would be cool if everyone on this planet was nice to each other and we could prance around on rainbows and frolic in flower fields. But the reality is, that theft is a very real issue in hostels and hotels. A lot of the upscale places offer saves, but if you are a budget traveler staying in dorms, you might still want to lock up your valuables. Especially places like Asia and South America offer lockers, but you have to bring your own padlocks. Be prepared and bring one along. As a travel writer, a notebook is especially important to me, as I’m constantly jutting down ideas that pop into my head, spell out the unpronounceable names of places I travel through, write to-do lists or just scribble around. A lot of travellers bring little notebooks to sum up their experiences diary-style or write down the contact info of new friends that they meet on the road. A notebook serves many purposes and should always be a fixed part of your packing list. 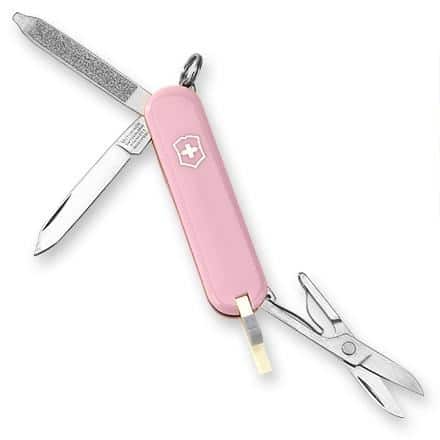 Although I grew up in Switzerland, I own a Swiss army knife for reasons that have nothing to do with my nationality or supporting the economy of my home country. It’s just that good and useful. You know that one time you bought yourself a nice, cold beer, happily brought it home to be consumed and noticed there was no bottle opener? If you own a Swiss army knife, you can whip out an array of knives, bottle openers, corkscrews, files, tweezers, spoons, scissors, pliers, wood saws, or whatever else catches your fancy. Victorinox sells a huge selection of different models. Like the scarf, the uses of the Swiss army knife are beyond counting. 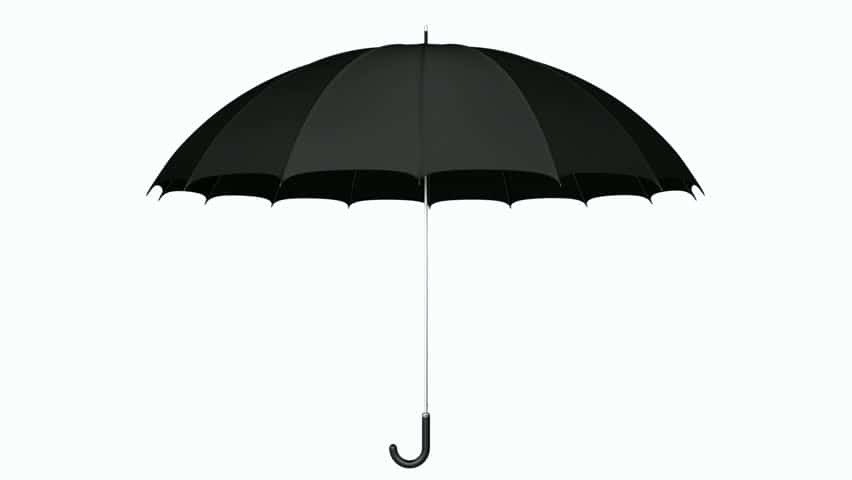 Some places I travel through, like good old Europe, can be very rainy. Since I don’t want to look like a drenched puppy half the time and want to protect my gear when I’m out and about shooting photography, an umbrella is a huge necessity for me. I always carry one around in my day pack if there is a chance of rain. I use one of the small ones that can be folded up neatly and isn’t too heavy. I have even used it as a sunshade on beaches, so even if the weather is perfect, I get some good use out of it. I was especially glad to have my headlamp when I was camping in Africa and had to walk through the pitch-black wild animal territory in a national park to find the bathroom. I stopped being glad and wished I had just done my business behind the tent when I caught three pairs of big shimmering eyes watching me from a cluster of bushes not too far away.

Although you might not find yourself in situations that drastic, a head torch is always a useful item to have. There are a lot of situations when you find yourself in the dark, and be it just searching for something in your luggage while your roommates are sleeping.

A Box of Green Tea I admit that’s a weird one. I’m not a big coffee drinker, but I do like to have a warm beverage to sip on every day. Green tea wakes me up, without leaving me all edgy and jittery and it doesn’t disrupt my sleep schedule nearly as much as coffee does. It’s also supposed to be very healthy. I can’t really attest to that, but I have noticed that I have rarely been sick since I started drinking tea regularly. Therefore I just keep a box of tea bags in my luggage and brew myself some steamy green tea in the mornings.