Italy is renowned for its food culture and has long been a Mecca for culinary connoisseurs being the birthplace of timeless classics like pasta, pizza, and ice cream. Italy does food better than any other nation and the capital, Rome is the central hub where foodies and gastronomes gather amongst some of the finest chefs in the world to indulge in a thriving culinary culture.

There are thousands of restaurants, bars, and cafes in Rome, and since most tourists are only visiting for a weekend, making the most of all the city has to offer is no mean feat. While most guides focus on the best restaurants to eat at, this one is all about the food itself, focusing on what to eat rather than where.

Here are my top ten gastronomic delights to try in the city; With the influx of huge coffee conglomerates like Costa and Starbucks in the western world, it’s comforting to go to a big city dominated by small independent retailers, and although things are kept simple here (no grandee caramel mochas with a vanilla shot) there is fierce competition between coffee shops to offer the best espresso or cappuccino.

Where: Sant’Eustachio does the finest espresso in Rome served with sugar and topped with froth from the coffee (rather than milk) For those not in the know, Calzone is a folded pizza, especially filled with sloppy, delicious, voluminous ingredients like bolognaise sauce. Pizza is huge in Rome (though it was said to be invented in Florence) but the Calzone is a different skill entirely, a sit-down down mela rather than street food, more akin to a hearty pie than a pizza.

Where: La Roma Pizzeria slow bakes their Calzone in wood-burning stoves for a crisp finish to the crust and a soft fluffy center. Unbeatable. 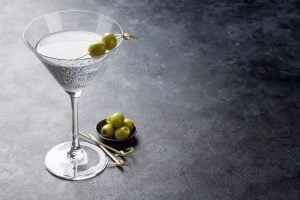 A far cry from the large tankards of beer consumed in Northern Europe, Italy’s drinking culture is far more sophisticated, and the most stylish drink severed here is arguably the Martini. Served, dry or sweet, the elegant glass-topped with an olive is a byword for sheik cool

Where: Bar Necci in Rome’s ultra-stylish Pigneto district is the perfect place to order this equally stylish drink Anyone’s who’s been to Italy and had real Geltao will know the key differences between this frozen treat and traditional ice cream. Denser, richer, and more flavorsome, Gelato is quickly catching on across the world, but Italy is its birthplace and spiritual home.

Where: Gelaterie is the official name for fir an ice cream parlour, and there are plenty in Rome, but the best is without a doubt I Caruso, not well known even by locals this tiny shop front operation churns out some of the richest tasting Gelato, and the flavors change according to the season. Dark chocolate is one of the deepest, richest cocoa experiences I’ve ever had. Spaghetti is arguably THE most well-known Italian food, so much so in fact that many countries have adopted it as one of their own dishes. Spaghetti Bolognaise is a staple dish for Brits while Spaghetti and meatballs are the widely accepted U.S version. The long, thin distinctive shape made it popular and pleasurable to eat, and Italy still does it best.

Where: Carbonara is one of the favored serving methods for Spaghetti and the appropriately name La Carbonara does it best. Soft Pasta strands infused with a creamy sauce and peppered with flavorsome flecks of fried ham – show your appreciation here by writing a message on the wall! 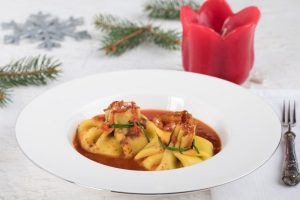 You might not be familiar with this type of pasta but it’s extremely popular in the Italian capital. Probably most similar to Ravioli, the square shapes are filled with all kinds of exotic treats.

Where: La Pergola is in the Rome Cavalieri, one of the most upmarket hotels located in the hills just outside the city and is well known among foodies. It is extremely costly, but well worth it if only for the Fagottini (just one of the many courses if you opt for the gourmet tasting menu) stuffed with egg, pecorino cheese, and pork jewel. Rice dishes are commonly associated with Asia and Asian cooking, but Italy has made this staple foodstuff it’s own with a typical passionate twist. Cooked into a creamy both, these dishes usually incorporate fish, meat, or vegetables and are finished with parmesan cheese to make it even more rich and indulgent

Where: Il Convivo, an upmarket place frequented by Italy’s elite, expensive but certainly worth it for the Risotto with herbs, Roman cheese, and fava beans, simple and delicious. 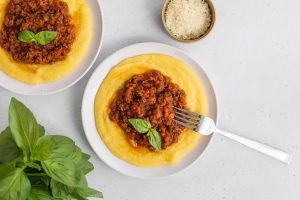 Polenta is more of an ingredient than a standalone dish, but this course ground maize is extremely versatile and can be used to make Gnocchi, Chips Mash, or just about anything you can think of. Predictably, Italians do it best so put this on your list of must-tries in Rome. Italy is not really synonymous with fast food, rather delicate, sophisticated sit-down dishes but the Panini is a way to enjoy fine Roman cuisine on the go.

Where: Rome is full of street vendors the vast majority of which serve up a cracking Panini, go for simple ingredients like mozzarella, ham, and basil for the best results. 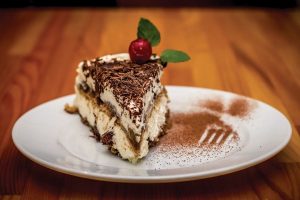 Gelato or Ice Cream is Italy’s darling dessert, but Tiramisu comes a close second, this bittersweet treat isn’t loved by all by the pinch of alcohol gives it an exciting edge amongst the coffee, mascarpone, coca, and chocolate.

Where: Pompi certainly doesn’t belie its dedication to making great Tiramisu, the fridges that line the walls are filled with different flavours (did you know Tiramisu was available in different flavours?!) and it serves up the most finely balanced example of the dessert I’ve ever tasted.